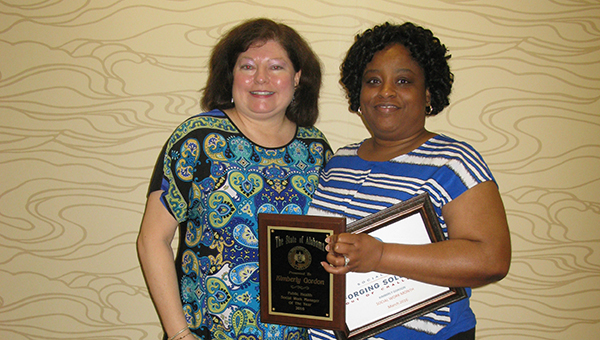 She was recognized March 18 at the Public Health Social Work Celebration and Training held in Montgomery during National Social Work Month.

Colleagues described Gordon as a team-oriented employee who always maintains a positive attitude. While she embraces challenges, she has the unique ability to keep members of the team motivated and working together toward a common goal.

Co-workers said she supports and works alongside her employees, is very honest and hard working, and does not care who receives credit so long as the needs of those who are being served are met.

Supporters also praised her for being organized and dependable, for being a self-starter, respectful, and an advocate for those she serves.

Gordon was selected from a group of social work managers from across the state. She has worked as a social work manager since 2008 and currently serves as vice president of the Alabama Public Health Association responsible for planning the annual educational conference.