One of Butler County’s brightest is on her way to medical school a little early. 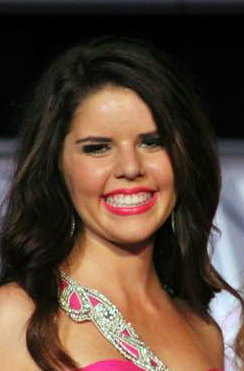 The 16-year-old blew past the program’s requirements of a 27 ACT and a 3.5 GPA (she has a 30 ACT and a 4.0 GPA), but the opportunity might never have revealed itself if not for a random Facebook post.

“My mom put my ACT score on Facebook, and a recruiter that was friends with my uncle from South Alabama saw it and said ‘she needs to apply to South,’” Swann said.

“And so I applied, and I didn’t really think I was going to get an interview, because they get 500 to 1,000 applications, and they took 45 to interview.”

And of those 45, only 15 were selected into the program.

Swann said the whole affair was nerve-wracking, but doubly so for the month-long wait before the university mailed her acceptance letter.

But even after making the grade, her work wasn’t quite done.  The program also required shadowing experience, which she acquired only after the application process.

“I went out to Houston and I shadowed my uncle at Altus Baytown Hospital, so it was really fun,” Swann said.  “I enjoyed it a lot.  I got to see a lot of surgery, so I think I’m going to be interested in that.”

Though her own experience inside of the operating room didn’t quite match the manic pace portrayed so often in medical dramas on television, it proved exciting in it’s own right.

“It’s a bit calmer than that,” Swann said.

“Just the excitement of being in the operating room was really compelling to me.  But I’m also interested in rural health.  I go back and forth between the two, and I’ve contemplated coming back here after I graduate from medical school and being a medical practitioner.”

The senior, who was recently announced as Greenville High School’s Class of 2016 salutatorian, is a dual enrollment student at LBW Community College in Greenville.  Upon graduating high school, Swann will already have 57 hours of college credit in the bank.

And though she fears some of her science credits may not count toward her total, she’ll still only be a few hours shy of being a college junior at the age of 16, placing her on track to graduate from medical school in 2019 at 20 years old.

Her dual enrollment experiences have differed greatly from the final months of most seniors in high school — Swann’s only high school course is an online class taken from home — but she wouldn’t trade her own experiences for anything.

“I have friends there, and my best friend, who’s the valedictorian, does the same thing.  I feel like it’s just a different outlook on how you can do high school.

“I’m able to work, spend time with my family and friends, and ride my horses, so it just really works out for my schedule.  And it’s been a really relaxed semester for me, and it gives me more time to fill out scholarships and get ready for school next year.”