Property and violent crime down in Greenville 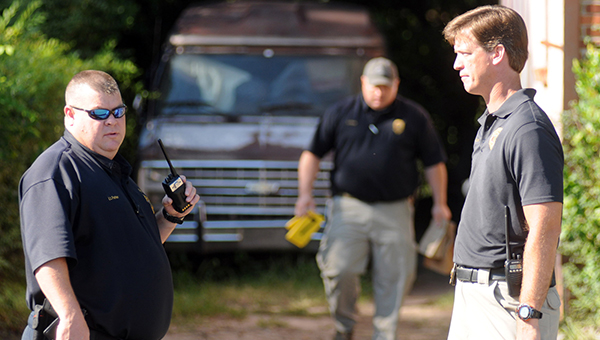 Violent and property crimes were down in Greenville last year compared to 2014, according to statistics compiled by the Greenville Police Department.

The city reported a 13 percent decrease in Part 1 crimes, which include violent and property crimes.

“Part 1 crimes are kind of the litmus test to see if crime is up or down in an area,” Greenville Police Chief Lonzo Ingram said. “These certainly aren’t the only crimes in Greenville, but these are your more serious offenses.”

Ingram said the police department’s relationships in the community played a key role in the decrease in crime.

The chief credited the work of the department’s patrol division in helping prevent crimes and its investigations division in closing cases once a crime is committed, citing the department’s closure rate, which is well above the national average, according to figures compiled by the FBI.

“We blow the national average for closure rates away,” said Capt. Justin Lovvorn, commander of the Criminal Investigations Division.

Lovvorn credited the aggressiveness of the department’s investigators in continuing to pursue cases that might fall through the cracks elsewhere.

“We revisit cases,” he said. “If a case isn’t closed, we’ll go back and pull the file and look at what else can be done to solve it. All the investigators will put their heads together on that one case and try to come up with a new angle that could help solve it. We’ll work it until there’s nothing left we can do.”

While crime is down overall in the city, the GPD’s figures did reveal an increase in rape cases in 2015. During the last year, five cases were reported compared to just one in 2014. Of the five cases, four were closed.

Robbery also increased from just three cases in 2014 to seven in 2015. The GPD closed five of the seven cases reported.

“A lot of times they don’t know if they should call because it might not be anything,” he said. “We want them to call us no matter what. If it turns out not to be anything, that’s great. We’d rather them call and it be nothing than not to call and it turns out to be something.”

Greenville Police Chief Lonzo Ingram unveils the law enforcement memorial bearing the names of officers who have been killed in... read more