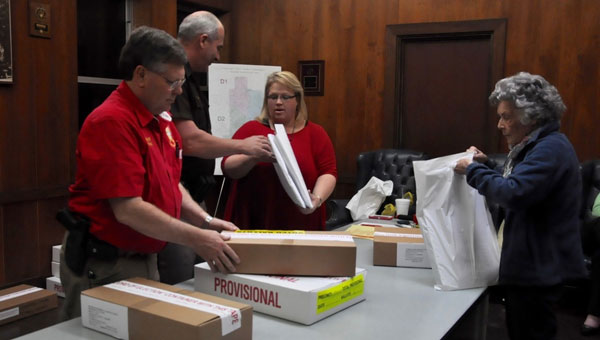 Citizens of Crenshaw County hit the polls bright and early Tuesday morning to cast their votes for president, senators and much more.

In the recent election, 3,796 total ballots were cast in Crenshaw. Out of these ballots, 27 percent were reported as Democratic votes and 73 percent were Republican.

“The poll workers did a great job. They closed the polls down in a timely fashion, the results were brought back, the Sheriff’s Office did a great job receiving those returns and the election night reporting went smoothly. All in all, we had a 39 percent turn out,” said Crenshaw County Probate Judge Will Tate.

The Republican frontrunner for this election proved to be Donald Trump in a landslide win. In Alabama, Trump received 359,950 votes, which is 42.49 percent. In Crenshaw County, he received 1,496 votes, which is 54.50 percent.

Hillary Clinton proved to be the Democratic frontrunner in Tuesday’s election, with a significant victory over Bernie Sanders. In Alabama, Clinton received 286,257 votes, which is 77.20 percent, and received 908 votes in Crenshaw County, which is 87.81 percent.

“Everything went smoothly like it always does, and that’s because of the people who operate our elections. We were very fortunate, and we’ve never had a problem with the polls that I know of,” said John Nichols, chairman of the Crenshaw County Democratic Executive Committee.

While there were no local elections on this primary, Nichols feels confident that there will be more excitement and participation in the November elections.

“When you look at a presidential race, obviously you get caught up in the mainstream media and you kind of get an idea of what you think is going to happen. I think most of the projections were proved to be true,” said Tate. “All in all, there were really no surprises.” 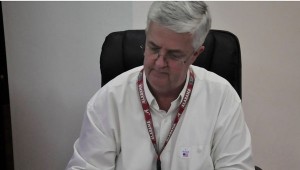 Statewide Amendment One proposes to authorize the legislature to provide a retirement program for district attorneys and circuit clerks of the state who are first elected or appointed on or after November 8, 2016.

Amendment One also sets a minimum retirement age of 62 for all new judges, justices, circuit clerks and district attorneys. Current law allows some elected officials to retire after a defined number of years of service regardless of age, entitling some to draw sizable pensions for life.

According to Alabama Secretary of State John Merrill, district attorneys and circuit clerks don’t currently contribute to their retirement, but still receive retirement pay. If voters approve the amendment, it would make new district attorneys and circuit clerks contribute 8.5 percent of their annual salary to their retirement fund. State Auditor Jim Zeigler says his figures show Amendment One would save taxpayers $291,000 a year, starting immediately.

With many of the results differing in numbers, a run off election is not currently slated. The projected date for such a race will be April 12.