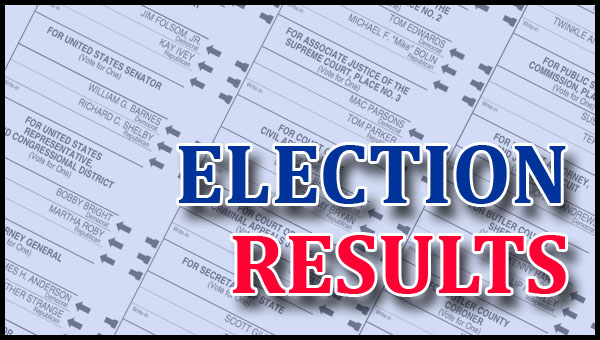 “We had a decent turnout and voter participation considering we didn’t have any local races in the county,” Butler County Probate Steve Norman said.

District Attorney incumbent Charlotte M. Tesmer qualified for the Democratic Primary, and William “Bill” Morgan Rayborn Jr. qualified for the Republican Primary. As they are unopposed in their respective parties, their race did not appear on primary ballots, but will appear in the general election.

“Tuesday’s primary was the first time in the history of the county that more republican ballots were cast than democratic ballots,” Norman said.

“The day went smoothly and for the most part it was a very typical election day.”