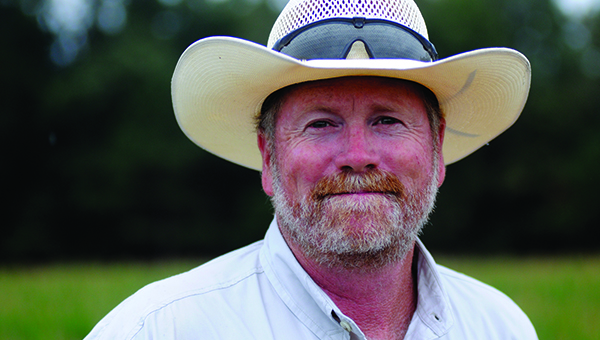 Leadership elections for 16 Alabama Farmers Federation commodity groups were held during a three-day meeting, which began on Feb. 2 at the Embassy Suites Hotel.

Nearly 900 farmers from around the state discussed challenges, set goals for their respective commodities and helped establish Federation policy.

Shelby County farmer Terry Wyatt, who grows cotton, wheat, soybeans, corn and grain sorghum on his farm near Harpersville, said he’s been attending the conferences for years. He said the meeting is important because it helps him learn about new tends and technology that’s available to farmers.

“We learn about new varieties plus other things that could help us this year or in the future,” Wyatt said. “The meetings have excellent speakers who give up-to-date information we might not get otherwise.”

Adam Wilson of Calhoun said this year was his second time attending the conference. He raises cotton and cattle with his father, Wendell Wilson.

“I’m still new to all this but I see a lot of value in coming to this meeting,” said Wilson. “I want to be a good advocate for agriculture so it’s important for me to understand what’s going on in our industry so I can convey that information to people who aren’t involved in agriculture.”

Glendale Avenue, which has been closed for more than a month after heavy rains caused a portion of the road... read more