Grammy-nominated band to perform at Ritz 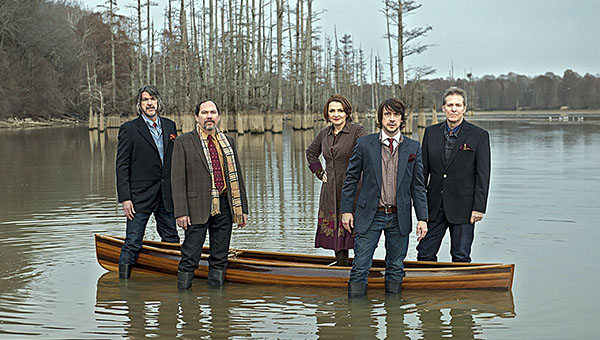 Grammy-nominated bluegrass band The SteelDrivers have played in venues all across the United States.

On Friday, the band will add the Camellia City’s Ritz Theatre to that list.

The SteelDrivers will cap the Greenville Area Arts Council’s 34th season with a performance Friday night at the historic downtown theater.

“This is a rare Friday night concert and we hope for a really big crowd,” said GAAC Executive Director Nancy Idland. “Interest in this show has come from all over our state and you will see lots of visitors to Greenville at the Ritz.”

The band, which released its latest album, “The Muscle Shoals Recordings” in June of 2015, won an International Bluegrass Music Association Award for “Emerging Artist of the Year in 2009 with Chris Stapleton serving as the bands lead singer.

Stapleton, who left the band in April of 2010, won the 2015 Country Music Association Award for Best Male Vocalist, New Artist of the Year, and Album of the Year for “Traveller.”

“Chris Stapleton and Mike Henderson will always be SteelDrivers,” fiddler Tammy Rogers said. “They aren’t in the band playing shows, but they are part of our sound, and part of our story.”

Even with the changes, The SteelDrivers, made up of Rogers, Truitt on the mandolin, Nichols on lead vocals and guitar, Richard Bailey on the banjo and Mike Fleming on vocals and bass, haven’t missed a beat.

Their latest album debuted at No. 1 on the Billboard Bluegrass Albums.

The band will take the stage at the Ritz at 8 p.m. Friday, following singer/songwriter Jerry Salley, who will perform at 7 p.m.

Tickets are available at The Pineapple and The Medicine Shoppe.