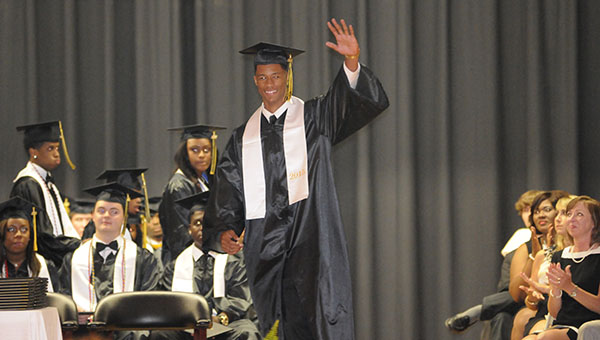 The graduation rate for the Butler County School System has improved from 66 percent to 83 percent. (File Photo)

Nearly nine out of 10 Alabama high school students are graduating on time, according to figures released Thursday by the Alabama State Department of Education.

Just four years ago, the state’s graduation rate was 72 percent. At that time, Dr. Tommy Bice, state superintendent of education, put together a plan to improve the state’s education system. As part of that plan, which Bice named PLAN 2020, a goal was set to increase the graduation rate to 90 percent by 2020.

“Over the last three years our school systems have done some unbelievable sorts of things,” said Bice. “We are very pleased today to announce our new graduation rate for the State of Alabama and that new graduation rate is now 89 percent. And 100 percent of the credit for that goes to our school systems, to our teachers, to our leaders, to our communities, to the people who have come together to come up with a myriad of ways to serve our school children.”

In 2014, the county’s graduation rate was 66 percent. Just one year later that number jumped to 83 percent. Georgiana School had the highest graduation rate in the county at 94 percent, followed by McKenize School (93 percent) and Greenville High School (77 perent).

“Fluctuations happen, but our trajectory is still moving in a positive direction,” said Butler County Schools Superintendent Amy Bryan. “While 83 percent isn’t where we want it, it is certainly respectable progress.  We are making the incremental progress necessary to reach the PLAN 2020 goals and our own local goals.”

Gov. Robert Bentley, who was on hand for Bice’s announcement Thursday, said improving the state’s school systems is a key component to moving Alabama forward.

“Education is the key, the key to making Alabama better,” said Bentley. “If we don’t educate our students then Alabama is not going to be any better. We’re going to be 48th, 49th, and 50th for all of our lives. I don’t want that.”

Bice said he is most excited about what the increased graduation rate represents — students who were either ready for college, to join the workforce or the military.

According to Bice, 68 percent of the 89 percent of students who graduated met the standards for either college, work or the military.

“We know that a majority of those graduates have a certificate, have a diploma, have a credential that will lead them into what comes next,” said Bice.