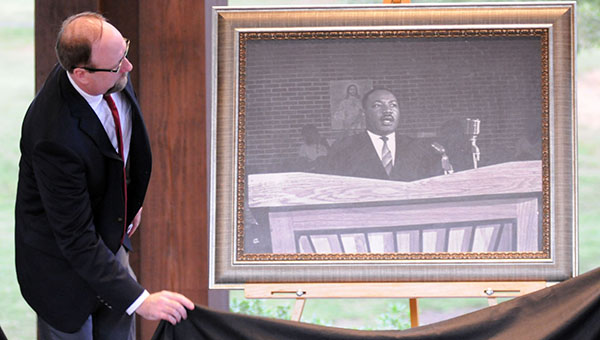 The Butler County Civic League will once again honor the memory and legacy of civil rights pioneer Dr. Martin Luther King Jr. during its annual MLK Breakfast on Monday.

Beulah Cook, Butler County Civic League committee member and wife of chairman George Cook, said that the event is a time for both reflection and celebration.

“It’s a memorial where we all come together to reflect on his legacy and what he has done for us,” Cook said.

The breakfast has been a fixture within the Butler County community for more than two decades.  This year’s event will feature entertainment from Sister Linda Eubanks, as well as the Greenville High School chorus.  The Greenville JROTC will also be in attendance.

Reed, a Montgomery native, received a bachelor’s degree from Morehouse College and a master’s degree in business administration from Vanderbilt University.

Reed was elected as probate judge in 2012, becoming the first African American in that position in the process.

“In attending conventions in Montgomery and listening to him speak on different occasions, we decided that we wanted to bring him down for the breakfast to be our guest speaker,” Cook said.

Civil Rights remain just as topical in 2016 as they did 50 years ago, and Cook said that there may never be a time when Dr. King’s words aren’t important.

“I think Dr. King’s message will be an ongoing thing,” Cook said.

“I think it will always be important because the struggles still exist.”

The breakfast will begin at 8 a.m. from Dunbar Recreation Center in Greenville.  Tickets can be purchased at the door for $5.

Free income tax preparation services are available for Alabama families making less than $52,000 a year with children in the... read more