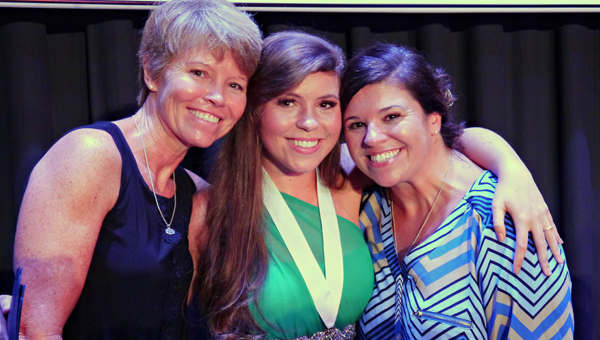 Miller, a senior at Fort Dale Academy, claimed the county title in August. In addition to being named Butler County’s Distinguished Young Woman, she also took home two category awards, talent and interview. A seasoned vocalist who has performed extensively with the Southside Baptist Youth Band and the Ritz Players, Miller sang a soulful rendition of the Jackson Five’s 1970s ballad “I’ll Be There.”

She was awarded a $1,750 cash scholarship and a $500 stipend for state finals expenses, along with $600 in scholarship money for the two category wins.

Miller, along with the other state program participants will arrive in Montgomery on Friday, and spend the week with a host family while preparing for the program and visiting various groups and community venues around the city.

The participants will be competing for $41,000 in cash scholarships and more than $2 million in college-granted scholarships, as well as the opportunity to represent the state as the 2016 Distinguished Young Woman of Alabama.

This year marks the 59th year of the program, which was previously known as America’s Junior Miss.

The program will be held in Montgomery at Frazer United Methodist Church.

Tickets are $17 for Friday night and Saturday afternoon and $30 for the finals. Weekend passes are available for $55.