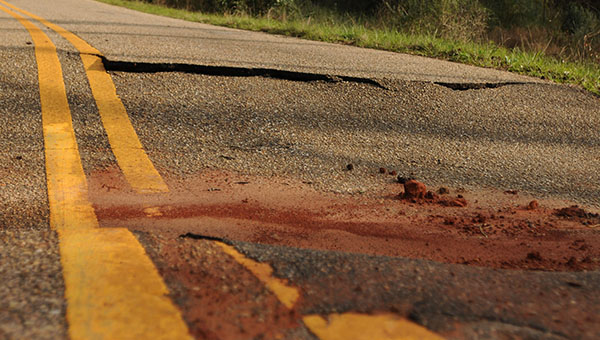 A storm that brought what meteorologists are calling a “unique, significant rainfall event” has left five roads in Butler County impassable.

Milton Luckie, superintendent of the Public Works department for the City of Greenville, said the amount of water overwhelmed the drainage system under Glendale Avenue and Sherling Lake Road — the only two roads in Greenville that had to be closed due to the heavy rains.

“The pipes just weren’t able to keep up with the amount of water,” he said.

Luckie said he is unsure of when the roads will be reopened.

“We’re going to have to have contractors come in and do that work,” Luckie said. “Honestly, right now we don’t have a timeframe for when they’ll be reopened, but I feel like we will soon after the first of the year.”

As part of the order, state and local officials will assess damages as they consider seeking federal disaster aid.

Butler County Emergency Management Agency Director Shirley Sandy said the only damage reported throughout the county was to roadways.

Sandy, along with the state EMA, will assist in seeking federal aid to make the reapairs.

County EMA officials are asking any residents or business owners who sustained damage due to rains or flooding contact the EMA to file a report. The EMA will help coordinate the efforts for potential federal aid.