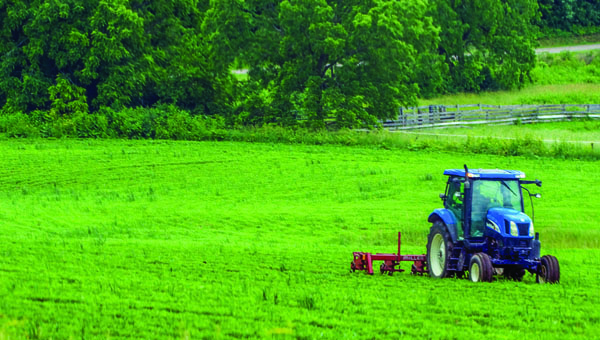 Butler County has been designated as natural disaster area by the U.S. Department of Agriculture because of damages and losses caused by excessive rainfall, winds and flooding that took place between Sept. 1 and Nov. 20. (File Photo)

Thirteen Alabama counties, including Butler County, have been designated as natural disaster areas by the U.S. Department of Agriculture.

The designation was made because of damages and losses caused by excessive rainfall, winds and flooding that took place between Sept. 1 and Nov. 20.

“Our hearts go out to those Alabama farmers and ranchers affected by recent natural disasters,” said Agriculture Secretary Tom Vilsack. “President Obama and I are committed to ensuring that agriculture remains a bright spot in our nation’s economy by sustaining the successes of America’s farmers, ranchers and rural communities through these difficult times. We’re also telling Alabama producers that USDA stands with you and your communities when severe weather and natural disasters threaten to disrupt your livelihood.”

Due to the designation, all qualified farm operators in the affected counties are eligible for low interest emergency (EM) loans from USDA’s Farm Service Agency (FSA), provided eligibility requirements are met. Farmers in eligible counties have eight months from the date of the declaration to apply for loans to help cover part of their actual losses.

Butler County Masons placed a wreath next to the Operation Desert Storm monument at the Butler County Courthouse Saturday as... read more