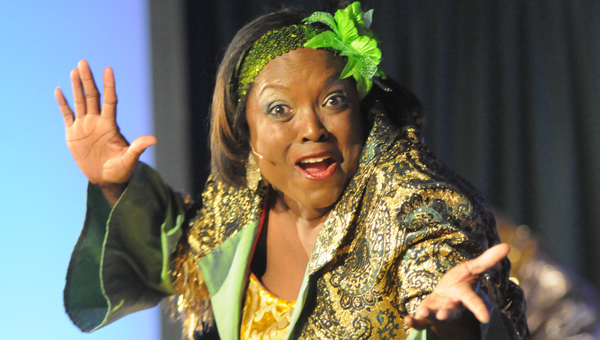 The Ritz Players are looking for performers.

This year’s production will celebrate the 10th anniversary of Putting on the Ritz.

“We are super excited to share some of our favorites from the last nine years and some new songs of celebration,” said GAAC Executive Director Nancy Idland. “It’s going to be a really awesome show with lots of special events around town adding to the excitement.”

Idland said the auditions are a way to bring new faces into a cast that features several members who have performed in all nine of the previous Putting on the Ritz productions.

“Having the auditions is a way for us to find new faces and newcomers to Greenville that might not otherwise have the opportunity to join the group,” she said. “We are always interested in having new people be a part of the group.”

Idland encouraged anyone with an interest in musical theater to audition.

“They need not be a soloist,” she said. “They just need to be able to sing a little, enjoy the stage, music and being with other talented people.”

There are spaces in the cast for children interested in taking part, however, organizers are asking that the children be in at least fourth grade.

Those planning to audition should be prepared to sing.

“They can bring their own prepared song or sing one that we provide. CDs and lyric sheets will be available at The Pineapple,” said Idland.