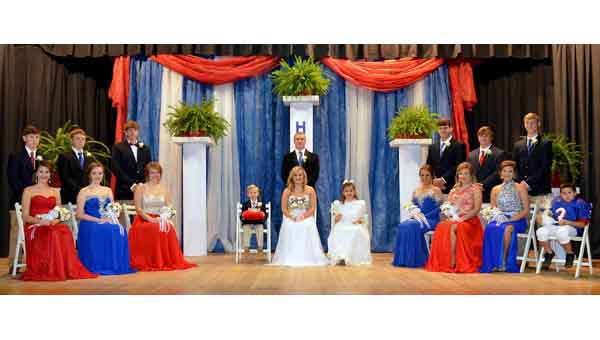 By ISABELLA JACKSON
Special to the Journal

Crenshaw Christian Academy’s homecoming started out with a bang.

Students began with dress up themes for each day of the week.

For Monday, the theme was Pajama Day. Some people wore pajama bottoms with slippers and others wore cozy onesies.

Tuesday was Wacky Tacky Day and consisted of crazy mix-matched clothing and accessories.

On Wednesday the classrooms were filled with twins and even quintuplets to show school spirit on Twin Day.

Thursday was Blackout Day and students and faculty dressed for the homecoming assembly on Friday.

Following the parade, Cougar fans could enter the gym to be entertained with a Glow-in-the-Dark pep rally.

Participants wore glow necklaces, light up headbands, neon clothing and even glow tape to imitate stick people while they danced and cheered for their team.

It was a great week leading up to Crenshaw’s win on Friday. Go Cougars!