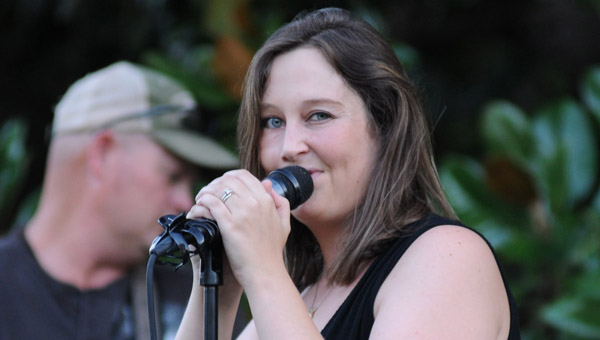 A concert held in Confederate Park Saturday night hit all the right notes, according to event organizers.

“The event was everything I had hoped it would be,” said Katie Nixon, event organizer.

Nixon said the event raised $400, which will be used to stage future events and to continue to raise awareness of the problem of domestic violence and abuse.

“One in three women and one in four men experience violence from their partners in their lifetime,” said Nixon. “One in four women and one in six men have been sexually abused before they turn 18. We are saying no more to keeping silent. We are the voice for the voiceless.”

Nixon, who founded the local organization after No More held its national Facebook campaign in March, said she wanted to become a part of raising awareness for the organization, while making a difference in her community.

“Our main goal is to raise more awareness in the schools. Sexual assault and domestic violence happens more often by family members when children are growing up,” said Nixon.

Nixon said she believes events such as Saturday night’s concert are a vital part of spreading the organization’s message.

“These campaigns and projects are so important to our community because there aren’t many efforts being made in Butler County to stop the domestic violence and sexual abuse,” said Nixon. “We are doing this so that people know there is a way out of such horrible situations.”