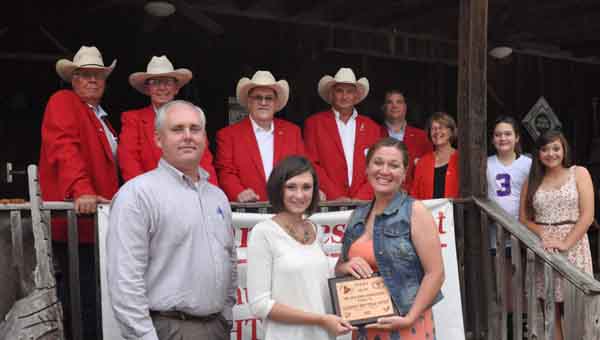 Owners Amy and Scottie Chandler were thrilled with the recognition.

“It’s absolutely amazing,” said Amy. “It would be wonderful to win, but it is just an honor to be in the final four.”

A panel of industry judges will judge this year’s final four restaurants anonymously throughout the month of September. During this portion of the contest, each finalist’s ribeye steak will be judged on overall taste, tenderness and juiciness.

The winning steakhouse will be announced at the end of September and will receive a feature story in the Alabama Cattleman magazine, a plaque with a press conference presentation, bragging rights for one year and an influx of customers looking to try Alabama’s best steak.

“This contest has certainly garnered a great deal of publicity for these restaurants, and they have reaped the benefits by welcoming new customers in to try their steaks,” ACA Director of Consumer Marketing Erin Beasley said. “The judges are ready to hit the road in the coming weeks as we move one step closer to finding our winner.”

In addition to the publicity, Amy said she has made a lot of new friends.

“It’s been a great experience,” she said. “We’ve gotten to meet so many other restaurant owners and it has been wonderful to have the Cattlemen here with us tonight.”

The 2015 contest drew in record numbers of online votes and social media participation with more than 50,000 overall votes generated. The nominating round held during the month of July hosted more than 12,000 nominations, while the “Sizzling 16” portion of the bracket challenge brought in over 15,500 votes on the contest’s website. The “Enticing 8” challenge motivated more than 25,400 online votes.

Scottie said he owed a lot of the restaurant’s success to his native town of Brantley and all of the friends and family who frequent The Old Barn.

“We get so much support from Crenshaw County,” he said. “And when Brantley plays Goshen this restaurant lights up in green.”

For more information on the contest visit www.AlabamasBestSteak.com.

BNI NEWS SERVICES | JAINE TREADWELLPeanut-lovers from near and far gathered at the 45th year of the World’s Largest Peanut... read more