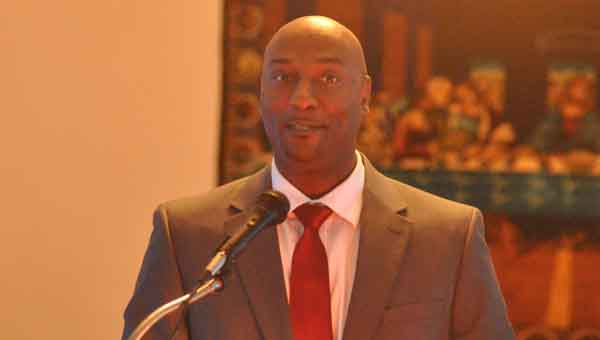 Jamie Howard never intended on being the first black principal of Luverne High School. He dreamed of becoming a college basketball coach or CEO of a Fortune 500 company.

“If I was on a plane or a bus, God had to have been my pilot,” he said. “It’s your dreams versus God’s plan. God has a plan for every one of us and the day you figure that out, it will scare you.”

He quoted Proverbs 22:6, “Train up a child in the way he should go, and when he is old he will not depart from it.”

Many among his listeners were moved to tears to hear how Howard grew up in a poor family of 10, living in a trailer and enrolled in college with one change of clothes.

“I had a rough childhood. In elementary school, I was bullied and teased for not wearing the newest clothes,” he said. “But looking back, my parents were so great.”

The tears continued as he shared stories of his daughter, who suffers from Type I diabetes and sickle cell anemia.

Tears turned into cheers as Howard explained how his path had led him full circle, back to his dream of coaching and running a Fortune 500.

He got to fulfill his dream of coaching basketball by helping to coach girls basketball at LHS.

Howard ended his speech by saying there would one day soon be a new crop of doctors, lawyers, engineers and scientists graduating from schools across the country.

“My question to each and every one of you is, ‘Why not you?’”