Stephens’ aim to help others leads him to Georgiana 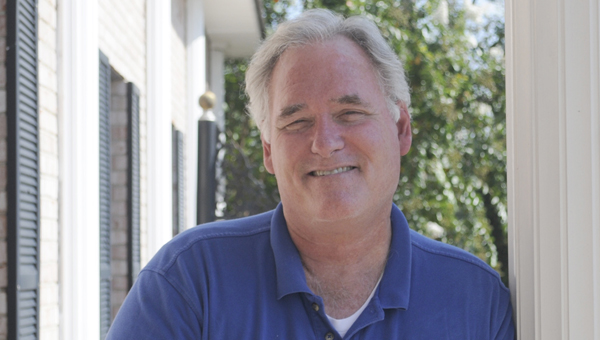 For the last four years, Jerry Stephens has helped mentor students at Georgiana as part of the AmeriCorps program. (Advocate Staff/Beth Hyatt)

Jerry Stephens began his lifelong mission to help those in need by traveling to Africa as a missionary.

He served in this position for a little more than 10 years before returning to America. Once stateside, he began searching for a career where he could work alongside students and help mentor them, just as he had done in Africa. After being introduced to the AmeriCorps Instructional Support Team by his youngest son, Stephens conducted research on the program and became extremely interested.

According to Stephens, AmeriCorps is a domestic Peace Corps in the United States. It helps get members of the volunteer program involved with the community where there is a great need. For Stephens and the Butler County AmeriCorps group, that need is in the school systems.

“We are called Instructional Support. I think the key part of AmeriCorps is for us to be in the classroom, so it gives the teacher the opportunity to focus on a few kids instead of trying to deal with a larger group. I think it’s something that is very much needed,” said Stephens.

Stephens has completed his fourth and final year as an AmeriCorps worker at Georgiana School and looks back on his experience fondly. In his time as an AmeriCorps volunteer, he has spent his time tutoring students and spending time with them, while also building relationships and lending a listening ear when needed.

As it goes with volunteer work, the benefit of volunteering does not just go to the ones receiving the time, but also to those giving the time.

“The ones who get involved are the ones that get the most benefit out of it. The circumstances for the kids are better because we are there. I think that anybody who has an opportunity should go for it only because I think it changes you,” said Stephens.

He believes that any opportunity to volunteer can be used to make someone else’s life better and also your own.

Stephens said he could not have accomplished his goals as an AmeriCorps member without the helping hands of Carol McArthur, program director, and Kathy Worrell-Higdon, program assistant.

“Jerry is a remarkable person and embodies the best of an American citizen and an AmeriCorps member. The sense he projects is that this commitment is neither a burden or a duty, but an integral part of his self-definition,” said McArthur.

His co-workers will miss him tremendously, and Stephens said he will always remember the times he spent as an AmeriCorps member. He is now ready to set off on his next life adventure.

With so many students graduating and going into the professional world, it is important for teachers to know that scholastic... read more