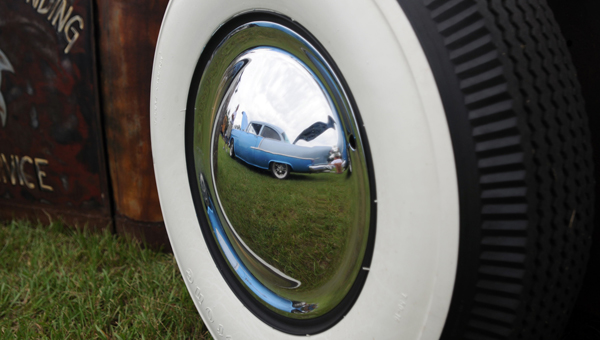 Charles Lambert’s 1955 Chevrolet 210 can be seen in the reflection of a rat rod’s chrome smoothie wheel at the inaugural Fast and Furry Car Show, which was held Saturday at the Butler County Fairgrounds. (Advocate Staff/Andy Brown)

The topic of conversation at the Butler County Fairgrounds last Saturday centered around rebuilt engines, perfect paint jobs and all things “motorhead.”

The inaugural Fast and Furry Car Show benefiting the Greenville Animal Shelter drew an impressive number of vintage vehicles from Alabama, Georgia and Florida — 44 cars, trucks and motorcycles, to be exact — vying for trophies. Monies raised through registration fees, pet accessory sales and on-site donations all went in support of the shelter.

“We are so happy over this turnout,” said Lisa Garlock, one of the car show volunteers. “You never know the first time you try something like this what the response will be, but we are very pleased. We are already looking forward to next year, doing more promotion and making it even bigger and better.” 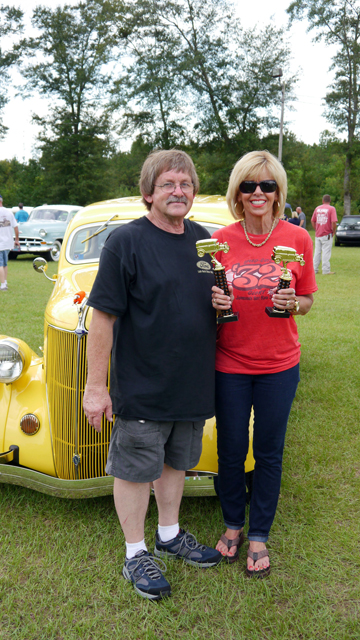 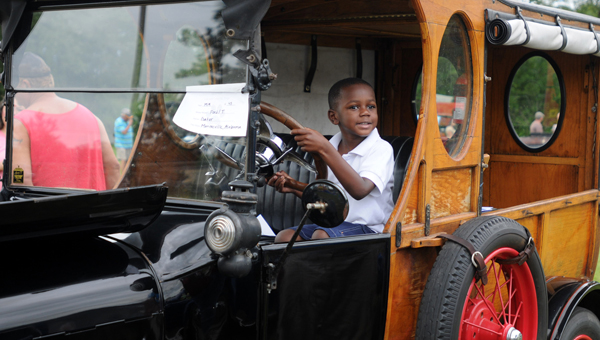 Julian Thompson, 4, slips behind the wheel of a 1919 Ford Model T. The car belonged to Gator Gould from Monroeville. (Advocate Staff/Andy Brown)

First and second place in motorcycles went to a pair of Greenvillians, Hill and Buddy Sullivan. Hill also took first place in the 2000 and up category.

Little Brennen Jernigan of Flomaton, Ala., was one excited youngster, taking the trophy for first place 10 and Under. His dad also won the free set of tires given away by one of the event sponsors, Greenville Tire.