‘I DON’T KNOW WHAT TO DO’: Resident says dust from limestone road is killing him 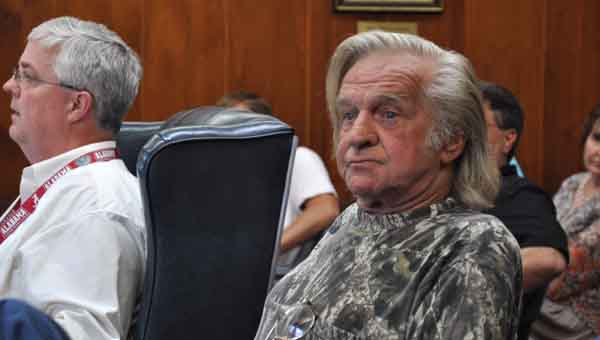 He asked them to bring their families and join him on his front lawn for an afternoon.

The invitation came from the disgruntled resident of Farrior Road. Since the county covered his dirt road with limestone gravel, he says his health has deteriorated.

“I’ve got emphysema I never had before,” he said. “And I spent a night in the Troy emergency room. This isn’t right. I don’t know what to do.”

Musser brought his complaint to commissioners after asking the roads department to do something about the dust clouds that swarm his yard as vehicles drive on Farrior Road.

“I don’t know any danger to the degree of inhalation of particles that small,” he said. “It might be of some risk to those who suffer from asthma.”

Musser has cancer, but he says his health has worsened in the months since the limestone gravel was spread along his road.

The gravel is part of an ongoing unpaved road upgrade program that will include roads throughout the county that were personally selected by commissioners.

“It’s one of the best road projects we’ve ever had,” said board chairman Charlie Sankey Jr.

The roads department offered to remove the gravel from the road in front of Musser’s home, but he said that will not remove all of the airborn limestone.

Commissioner Merrill Sport asked Benjie Sanders, director of the roads department, to consult the county’s attorney and the commission would support any solutions they chose.

Half-cent sales tax hike back up for discussion