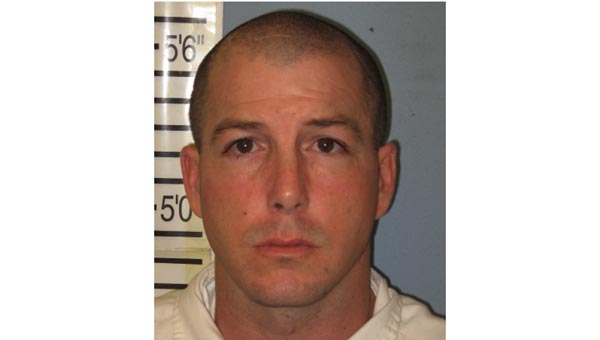 Kevin Randolph Campbell, 38, may no longer be a threat to Crenshaw County residents. The convicted criminal was spotted in Crenshaw County Aug. 3, hours after escaping from an Elba work release job in Troy. He was recaptured Wednesday night in Gulf Shores.

When questioned, Campbell gave a false identity and got into a physical altercation with the arresting officer while trying to flee.

Campbell could face additional charges in Coffee and Crenshaw counties. During his escape, he stole a Yamaha Grizzly 660 4-wheeler from the Zion Chapel area and was spotted by a state trooper riding the stolen vehicle on Hwy. 331, near the Alcazar Shriners Temple at around 4:45 p.m. Aug. 4.

“He was just driving down the road in traffic,” Powell said.

Campbell was on a Yamaha Grizzly 660 4-wheeler, believed to have been stolen in the area. No one has reported the Yamaha stolen yet, but the recovered vehicle’s ignition had been tampered with and the 4-wheeler was hot-wired.

Once spotted, troopers chased Campbell past Sister Schubert’s factory and into the woods. Campbell evaded troopers in the thickly wooded area and Alabama Department of Corrections’ canines joined the search.

“The DOC lost the tracks around a pond south of Highland Home,” Powell said.

Law enforcement from the DOC, ALEA and CCSO continued the search, using ALEA aircraft. The search was called off at around 10:45 p.m., after tracking dogs could not recover Campbell’s scent. But deputies and U.S. Marshals remained in the area throughout the night.

Powell said Campbell was originally convicted of burglary in Baldwin County and was serving a 99-year sentence. The escape and additional charges will most likely keep him from ever seeing parole.

Campbell was one of five Elba Work Release Center inmates who escaped within a week’s time.

Mark Wilson and and Jerry Alan Walker escaped July 31. Walker was back in custody by Aug. 1 and Wilson was recaptured the following Monday.

Deandre Antonio Tompkins, 38, escaped Saturday at around 9:50 a.m. He was serving a 25-year sentence for third-degree robbery in Jefferson County and was not due for release until 2030. He is the only escapee still at large.

Dennis James Calaway, Jr., 30, escaped from the center at around 1:30 p.m. Monday. He was serving a five-year sentence for a second-degree receiving stolen property conviction in Mobile County. He is now back in custody, according to the DOC.

Within an hour of Calaway’s escape, Campbell fled his assigned work release job in Troy.

Despite Elba’s recent history with the work release program, Powell has not soured from the program.

“Oh no,” he said when asked if he had considered doing away with work releases in Crenshaw County. “We’re real cautious on that.”

Of The Tides to lead Back-to-School Blast at SLBC