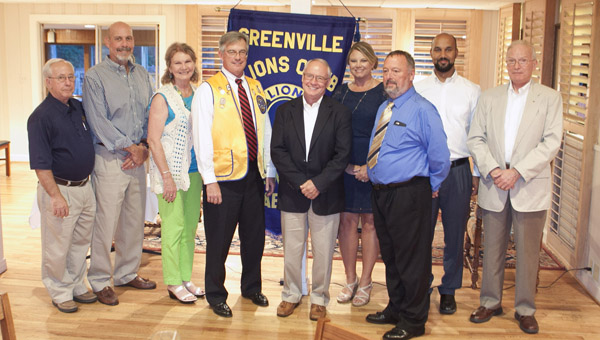 The Greenville Lions Club recently installed its officers for 2015-16 at a meeting held at the Greenville Country Club.