Research has found a link between reading deficiencies and broader social consequences, including how living in poor households and high-poverty neighborhoods contribute to racial disparities in literacy skills in America and how low achievement in reading impacts an individual’s future earning potential.

“Our involvement with the third-graders is in two parts,” said Steve Sanders, vice president of First Citizens Bank and manager of the Book Worm program for the last 17 years. “We read books to three classes every Tuesday during the school year and we participate in the Book Worm Program.”

School officials set up a point system based on the books read by a student; and once a student reaches 50 points, First Citizens Bank rewards the student with $1 per point. “We distributed certificates of recognition to the students who received checks and we encourage our young people to open a savings account,” Sanders said. “This year was a record year; we gave out $3,395 in Luverne and Highland Home elementary schools.”

In Highland Home, two of the Book Worm recipients did something very unusual for a third-grader; they gave the money back to the library to purchase new books. Lane Duett and Avery Williams, who are also cousins, graciously returned a total of $118 to the library.

“My heart was so deeply moved and touched by this most gracious and charitable act of giving by these children,” said Brenda Herring, vice president and branch manager at the Highland Home bank branch.

Currently, First Citizens Bank has two of its five branches engaged with the Book Worm Program and hopes to expand to other branches in coming years. 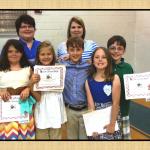 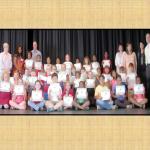 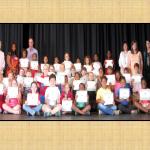 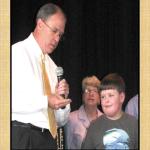 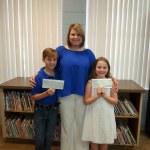