Benedict jazzing it up 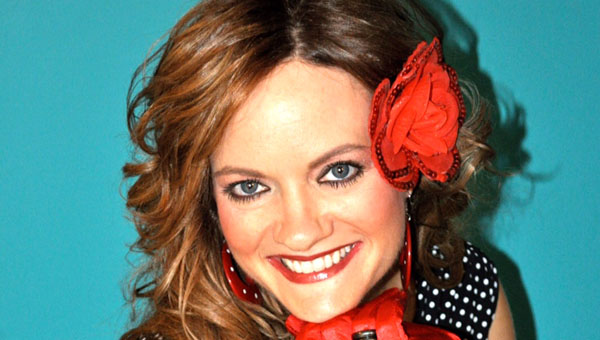 Have you ever wanted to slip into the smooth world of jazz without having to leave Greenville? Well, now is your chance.

Greenville native Lindsey Kennedy Benedict will be performing selections from her recently produced jazz album, and will also celebrate the 50th wedding anniversary of her parents, Margie and Charlie Kennedy. The event will be held on Aug. 7, at 7 p.m., at High Horse Gallery.

After many years of living in Florida and then Tennessee, Benedict is ready to be back in her hometown for a reunion. Once Benedict decided that this was the career she wanted to pursue, she moved to Nashville to follow her passion. Once there, she raised the money to produce her first album; a year later, it was released.

“I’ve loved jazz since I was a kid,” said Benedict. “My dad played in a big band, so I was exposed from a young age. I’ve just always loved that romantic part of jazz. Jazz just makes me happy. It’s feel good music and makes you want to dance. So, about almost five years ago, I got my first jazz performance and I was hooked.”

Benedict’s appreciation for jazz musicians ranges from newer singers like Harry Connick, Jr. to classic singers like Ella Fitzgerald and Frank Sinatra. She credits Eva Cassidy as her biggest vocal inspiration, though.

“I find that I am a similar artist to her in that, I love jazz and that’s predominately what I do, but Eva would perform all kind of music and make it her own. And that’s what I love to do,” said Benedict.

Benedict’s parents have always supported her dreams of becoming a performer, and they worked to inspire a love of music in her from the very beginning. She took piano lessons for seven years and also sang in her family’s quartet. She sang in her church as well as in plays at her school, so performing was no new feat for her. She hopes to become a travelling artist in the future, continue to perform in Nashville and one day tour Europe.

She is excited to be back in her hometown for the performance at the High Horse Gallery, and she plans on doing a few more shows before her trip to Alabama is finished.

She will be performing as one of the featured acts at this year’s Distinguished Young Women of Butler County competition on Aug. 1. She will also serve as the worship leader for Ebenezer East Baptist Church revival Aug. 3-5 and she will be featured in a performance at the Ritz on Dec. 8 called “Swinging Into Christmas.”