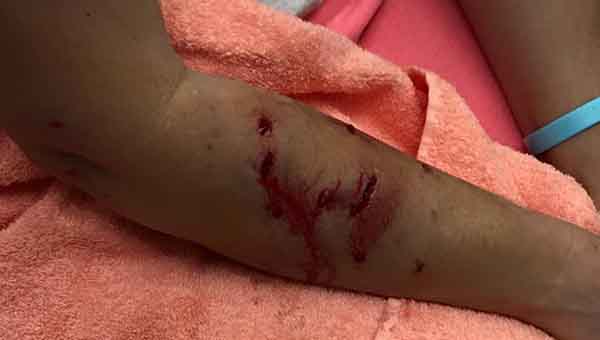 Sardis resident Michelle Russell is feeling blessed today, after being attacked by a rabid bobcat in the front yard of her Sweetwater Road home Monday morning.

The incident happened at around 11:45 a.m. when Russell spotted what she thought to be a stray dog standing between two family dogs in her yard.

Russell’s first thought was to protect her dogs. When she opened her door, her two indoor pets, Darby, a Yorkie, and Chunk, a Boston Terrier, took off after the bobcat.

Russell has a pond with a drainage pipe that runs under the driveway. Next to the pipe is a tree hole where the bobcat ran to hide from Russell’s black Labrador, Kota, and the neighbor’s dog, Nola a.k.a. Sara Fena.

Wearing flip-flops and pajamas, Russell ran to her dogs. Kota and Chunk stood outside of the hole, at times, sticking their heads inside. Darby was flying all around the yard. All were frantically barking at the hiding bobcat.

“I wasn’t as scared as I should’ve been. I wasn’t thinking, ‘this bobcat could hurt me,’” she said. “I don’t have children and my dogs are my children. I would do anything for them.”

She screamed the dogs’ names, but was completely ignored. Russell scooped up Darby and deposited the Yorkie back behind closed doors.

The Boston Terrier was not as easy to catch. Running far too close to the hiding bobcat, Russell chased Chunk through briars and bushes. She slid down a ditch and grabbed her beloved pet.

“I just happened to look around and that cat was coming towards me,” she said.

Russell lost her flip-flops as she ran for her home. All the while, she screamed for her best friend, Brandon Register. He had been taking a shower when the dogs first got loose.

“I kept yelling, ‘There’s a bobcat out here.’ He immediately got his gun and ran to his tool shop to get bullets,” she said.

Russell left Chunk in the house and tried to help Register find the bobcat. She spotted the rabid animal to her left. It blended in with the grass and trees surrounding it, but Russell caught a glimpse of its eyes and screamed for Register.

In hindsight, she thinks the screams are what made the bobcat attack her. It darted through the drainpipe and blindsided her from the right. The 30-pound cat locked onto Russell’s arm.

“The cat just full-force jumped in the air and bit my arm. If I had been facing him, he would’ve probably got my neck and my face,” she said. “I had no idea what to do.”

Russell twisted and turned, but could not shake off the bobcat.

Register witnessed the attack, but could not get a clean shot. He swung at the cat with the stock of the rifle.

Register managed to knock the cat off Russell, releasing her arm from the locked jaw. But, the cat landed on its hind legs and jumped right back onto Russell. She turned away from the lunging cat and raised her arms to protect herself.

The cat locked onto her hip and Register continued beating it with his rifle. The hits were so hard, the rifle’s stock cracked.

Register’s rifle jammed on him, so he started the baseball swings again. Once he hit the cat hard enough to slow it’s advance, Register ran for a pistol he kept in his car.

“After being shot at least four or five times with a .22, the cat was just sitting there licking his leg when Brandon returned. He shot him and that was it,” Register said.

She was treated at Crenshaw Community Hospital, where they gave her the option of starting treatment for rabies or waiting until the Alabama Department of Health confirmed the bobcat was rabid. Confirmation came Tuesday, but Register decided to start the treatment the day of the attack. The hospital sent a nurse to Troy to pick up the rabies shot.

Russell will have to get three more shots in the next three weeks.

“I always heard about rabies, just never thought how serious it really is. I mean, it’s fatal,” she said. “If I did not have this treatment done, it would kill me. It would travel to my brain and just kill me.”

According to the Centers for Disease Control and Prevention, the first symptoms of rabies may resemble the common flu. The symptoms, which include general weakness or discomfort, fever or headache, may last for days.

There may also be discomfort or a prickling or itching sensation at the site of bite, progressing within days to symptoms of cerebral dysfunction, anxiety, confusion and agitation. The virus infects the central nervous system. As the disease progresses, the person may experience delirium, abnormal behavior, hallucinations and insomnia.

The acute period of disease typically ends after two to 10 days. Once clinical signs of rabies appear, the disease is nearly always fatal.  To date less than 10 documented cases of human survival from clinical rabies have been reported.

“It is very abnormal for a bobcat to bite like that,” he said. “Be extra cautious of any wild animal that is coming up to you that would normally run from you. Don’t get around it.”

Rabies is a life threatening disease for humans and animals. None of Russell’s pets were infected.

“I’m just so thankful that my babies were okay,” she said. “We have so many dogs out here, and kids playing outside. The day before, Brandon had both of his daughters and God forbid they would have been here when it happened.”

Russell counted her blessings that Register, who lives in Tennessee, was in town for a wedding. She said she could not have successfully fought the bobcat.

“Brandon is tough as nails,” she said. “As tough as he is, I honestly don’t think I could’ve got that cat off of me. He literally saved my life. Not only is he my best friend, he’s my hero.  To me, he had the hardest part of all. I just got the puppies inside the house. He fought that Bobcat 100 times more than I did. ”

According to an article from the Montgomery County Health Department, the virus is transmitted through bites, scratches or mucous membrane contact with the saliva of an infected animal.

If you think you have been in contact with an animal that has rabies you need to take necessary precautions. The first thing you need to do is wash the area with soap and water and then go to your physician to be further examined.

Lastly, prevent others from being harmed by calling the Crenshaw County Sheriff’s Office at 335-6568. The CCSO is in charge of animal control in Crenshaw County and have been tasked to capture and/or destroy rabid animals that pose a danger. 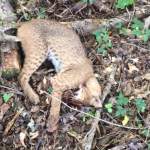 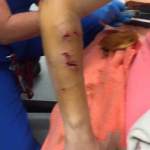 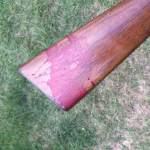 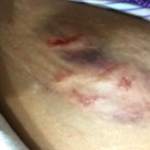 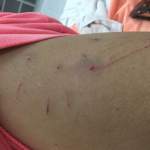 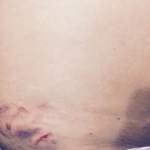 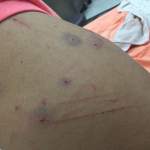 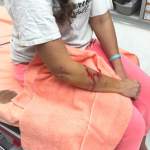 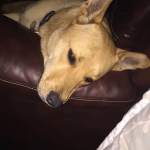 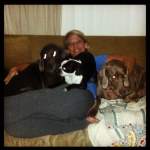 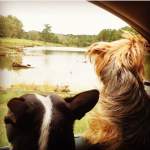 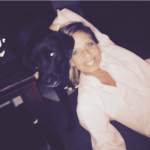 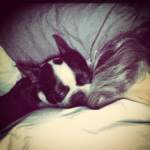 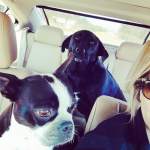 Chunk and Kota on the go with Russell 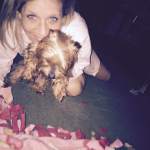 Tigers go 3-1 in Wetumpka-hosted 7-on-7 competition