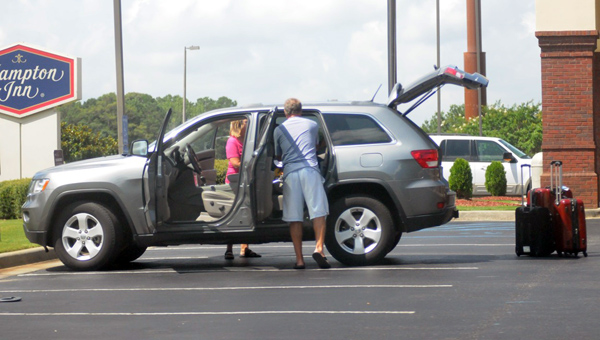 Travelers spent more than $45 million and were responsible for 663 jobs last year in Butler County, according to a report issued by the Alabama Tourism Department.

The figures represent a 12.6 percent increase in traveler spending on hotels, restaurants, shopping and transportation, and mirror statewide increases of 7.3 percent in tourism revenues.

“I am not at all surprised, especially when I see the number of cars going up and down Interstate 65,” said Francine Wasden, executive director of the Greenville Area Chamber of Commerce. “The conversations I have had with local businesses are positive. Business is up. Sales tax revenue is up and more good things are on the horizon for Greenville and Butler County.”

According to the report, more than 24 million visitors spent more than $11.7 billion in Alabama last year.

Every $104,692 of travel expenditures creates one job in the state.

“Greenville and Butler County are the beneficiaries of these efforts through the money spent as visitors passed through the I-65 corridor,” said David Hutchison, executive director of the Butler County Commission for Economic Development. “These dollars contribute to the local economy and allow the city and county to make improvements that have a positive impact on the quality of life. These improvements and amenities help us in the attraction of new business and assist in funding our continuing economic development efforts.”

The state’s General Fund received $43 million from lodging taxes in 2014.