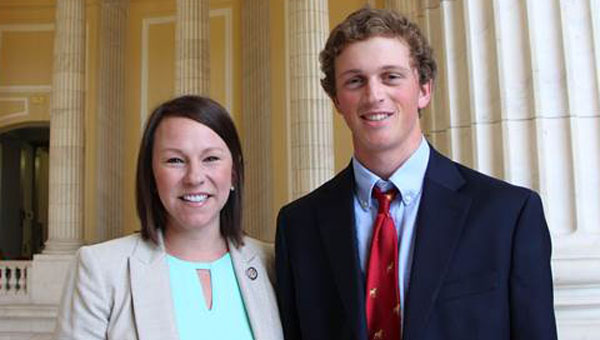 Daniel Hall Autrey, a Greenville native who will attend Rhodes College in the fall, served as a Congressional intern in the D.C. office of U.S. Representative Martha Roby (R-AL) this summer. (Courtesy Photo)

During the internship, Matthews and Autrey assisted with legislative and administrative duties on behalf of Alabama’s Second Congressional District.

Roby thanked the students for their service.

“I want to thank Brandon and D.H. for their hard work during their internships in my D.C. office,” Roby said. “Congressional interns get to experience firsthand how our government works, while also learning skills that can be valuable in the career they pursue. Butler County can be proud of these two young men, and I wish them the best in their future endeavors.”

Matthews, the son of Chief Lonzo and Tanya Ingram and the late Ray B. Matthews, is studying political science at Troy University. In the fall, he will return to Troy where he is president of Sigma Chi Fraternity and a member of the Campus Outreach ministry, Russian Club and College Republicans. Matthews will graduate in May 2016. 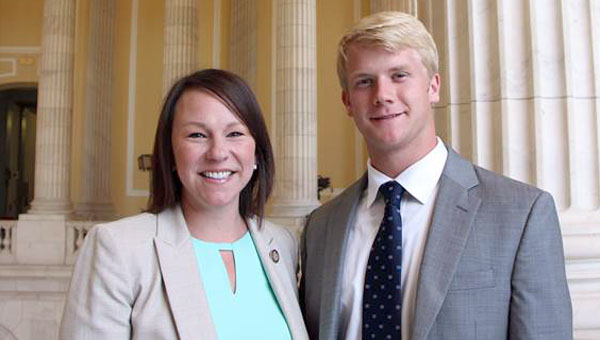 Brandon Matthews, a student at Troy University and a Greenville native, served as a Congressional intern in the D.C. office of U.S. Representative Martha Roby (R-AL) this summer. (Courtesy Photo)

“It has been an absolute honor to work for Rep. Roby,” Matthews said. “She and her staff all possess high character and work extremely hard for the constituents in Alabama. This internship provided me with priceless knowledge that I can use in both my professional and personal life.”

Autrey, the son of Daniel and Julie Autrey, graduated from Episcopal High School in Alexandria, Va., in May. He will attend Rhodes College where he plans to study political economics and architecture and also play football.

“I was honored to work on Capitol Hill in one of the best offices in Congress,” Autrey said. “The experience was incredible thanks to Rep. Roby and the Roby team.”

Each summer, Roby welcomes applications for the opportunity to serve as a Congressional intern in her D.C. office. Those accepted, work alongside staff to support the legislative priorities and constituent services efforts of the office while gaining professional experience valuable in any future career pursuit.