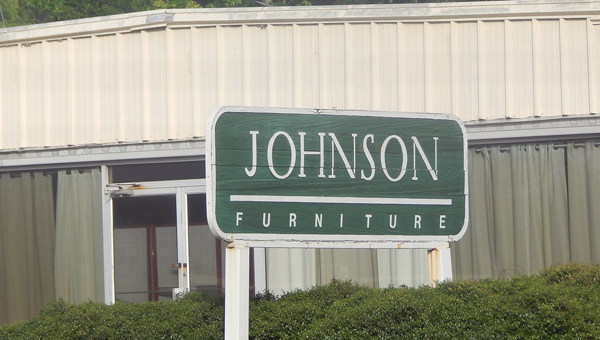 Johnson Furniture was established in 1966 and has been in business in Eclectic for almost 50 years. A second location will open in Greenville in July. (Photo Courtesy of Wetumpka Herald)

The grand opening of Johnson Furniture will take place on July 30 at 10 a.m. The new store will be located in what was once known as the Planter’s building.

The building has been recently renovated for the new arrival and will hold a soft opening for customers on July 1.

Johnson Furniture was established in 1966 and has been in business in Eclectic for almost 50 years.

Owners Frank and Donna Keith will offer the same name brand furniture lines at their Greenville location that the store in Eclectic has become known for.

As an added bonus, it will also offer free delivery in the Greenville area.

Adam and Ashley Keith are Greenville locals and will serve as the managers of the store.

“They live here in Greenville, so they are local. They’ll have a real invested interest in it and in making it a success,” said Francine Wasden, executive director of the Greenville Area Chamber of Commerce.

Johnson Furniture will be hiring two to five new employees to begin with.

Wasden hopes that the new store will help bring more foot-traffic to the downtown area.

She sees the new business as a way to bring people from the neighboring towns in and get them hooked on the surrounding stores such as Camellia City Bakery, High Horse Gallery, The Pineapple, Southern Mint and many others.

“(Johnson Furniture) is well-known. People have seen their advertisements, so they are already aware of the business and what they do,” said Wasden.

The Greenville exit offers many charming stores and attractions as well as excellent dining choices; Johnson Furniture will be a welcomed addition to the family.

“I think that Greenville is the exit of choice. That’s what I’ve always called it. But not only do we want our Interstate and the businesses out there to do well, we want to bring those people downtown to see what we have. When they get here, we want them to be captivated” said Wasden.

According to Wasden, when Greenville’s Downtown Revitalization Grants for downtown originally started, there were 25-30 vacant buildings.

After recounting, she has found that the number has gone down to less than 15 that are still vacant.

“It’s taken us a little while but we are really building on it and we’re growing downtown,” said Wasden.

Advocate recognized as one of Alabama’s top weekly newspapers

The Greenville Advocate was selected as one of the top three small weekly newspapers in the state. The Advocate received... read more