City tearing down buildings to make way for new business 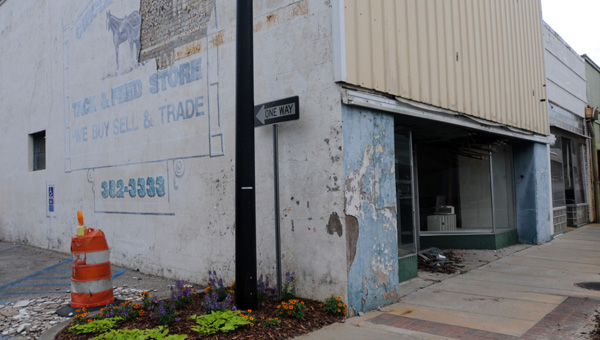 City officials have announced plans to demolish the buildings at 208 and 206 West Commerce St. to make way for a new business. (Advocate Staff/Andy Brown)

The City of Greenville will purchase two downtown buildings to make way for a new business.

On Monday, the Greenville City Council approved the purchase of buildings located at 208 and 206 West Commerce St.

Greenville Mayor Dexter McLendon said the buildings, which are in disrepair, pose a safety issue and that the city also needed the space to help attract a business interested in locating in downtown Greenville.

A confidentiality agreement prevents McLendon from naming the business.

“I can’t say the name of the company right now, but there’s another company coming into town and they wanted those taken down or they probably weren’t going to come,” McLendon said. “That initiated it to move a little faster, but we’ve been looking at these buildings for some time and have been trying to purchase them, and it’s taken a while to get them.”

The cost for the two buildings, which will be demolished, will be approximately $20,000.

“We started out just trying to do the old farm supply building, but they are sort of connected, and we ended up having to buy both, because when we start tearing one down, we’re going to pull the other one down too,” McLendon said.

McLendon said the space will also free up more space for parking.

“We’re seeing more and more people downtown, and we need more parking,” he said. “We’re going to try and really fix it up with money from next year’s budget.

“We’ll get it down this year and turn it into more of a green area, and at the same time have parking.”