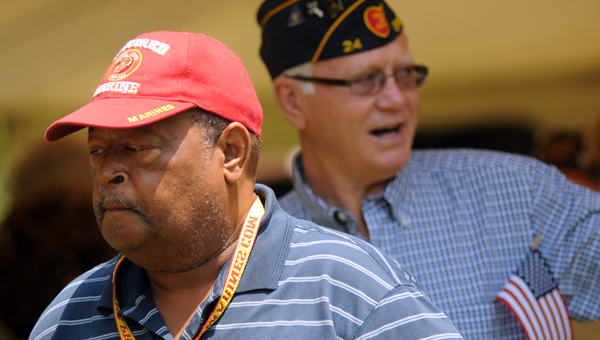 A tribute to those who made the ultimate sacrifice will take place Monday morning in Confederate Park in Greenville.

The Greenville Lions Club is hosting its annual Memorial Day Celebration with live music from New Vision kicking off at 9:30 a.m. in the park. A patriotic program will begin at 10:30 a.m.

The celebration will include the Walk of Honor, where veterans from around the county march around the park.

“We are proud to say that we will be allowing the family members of deceased veterans to walk in honor of them if they would like to do so since it brought more participation from the crowd last year,” said Lion Hubert Little.

Jim McGowin will play “Taps” as fallen military heroes are honored. Boy Scout Troop 520 will assist with the posting of service flags and the band.

Michael Bailey, director of the Fort Morgan State Historic Site, will be the keynote speaker.

Bailey is a 1978 graduate of Auburn University at Montgomery with a degree in history.

He began his career in public history in 1977 when he joined the museum staff of the Alabama Department of Archives and History. In 1983, Bailey joined the Alabama Historical Commission’s Survey and Registration division. In August 1985 he became the director of Confederate Memorial Park near Clanton, Ala., and served until November 1988.

In December 1988 he became the curator of Fort Morgan State Historic site and held this position until his retirement in June 2005. During his service at Fort Morgan he appeared on the History Channel, the Travel Channel, and Alabama Public Television in programs dealing with Fort Morgan and the Battle of Mobile Bay.

In July 2005 he joined the staff of the Office of Army Reserve History at U.S. Army Reserve Headquarters at Fort McPherson, Ga. He served as curator of the National Museum of the Army Reserve and as a member of the History Office’s Living History program.

In August 2006 he returned to Fort Morgan National Historic Landmark as senior historian and curator. In January 2014 he became director of Fort Morgan.

“We’d specifically like to thank the sponsors,” said Little. “Without the support from the county and families, we couldn’t make this such a remarkable event every year.”