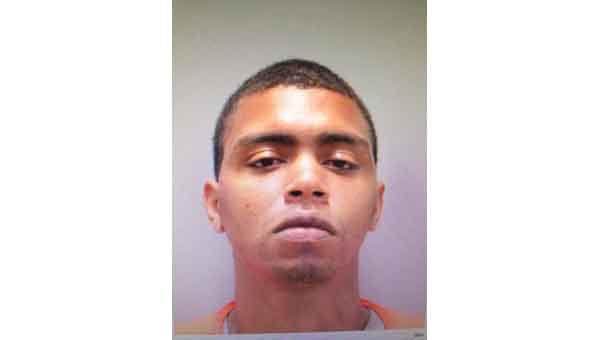 Tunstall fled from law enforcement after being stopped for not wearing a seat belt.

A man wanted for several felonies is behind bars after he was caught not using his seat belt.

The incident happened Thursday at 2:31 p.m. Justin Kardarian Tunstall, 25, of Monroeville, was the passenger of a 1994 Ford Ranger truck spotted driving through Brantley. Crenshaw County Sheriff’s Office Investigator Ashley Paul stopped the vehicle in the parking lot of Brantley High School to issue a citation to Tunstall. The driver of the vehicle was wearing a seat belt.

“He was extremely nervous and gave a false name,” Paul said.

The suspicious behavior made Paul suspect Tunstall was being dishonest. He asked Tunstall to get out of the vehicle and charge him with providing false information. When Paul attempted to place Tunstall under arrest, an altercation ensued.

“He shoved me backwards and there was a short scuffle,” Paul said. “He bailed and ran towards Maple Street.”

After Tunstall entered nearby woods, Paul enlisted the help of Alabama Conservation Enforcement Officer Brad Gavin and his tracking dog, Holyfield. By 3:49 p.m., Tunstall was back in custody.

“Holyfield tracked Tunstall to a secluded area where he was hiding out,” Paul said.

Once in custody, Tunstall said he ran because he had an outstanding felony probation revocation warrant in Monroeville.

Tunstall is wanted in Monroe County for two counts of unlawful distribution of a controlled substance. He also has a misdemeanor warrant for trespassing from the Brantley Police Department.

Paul issued Tunstall a seat belt citation and charged him with fleeing on foot, resisting an officer, harassing communication and obstruction of justice.

MONTGOMERY – Attorney General Luther Strange warns of a new scam in Alabama involving callers who claim to be from... read more