Since 2000, the Butler County Farmers Federation has been awarding scholarships to deserving students.

On April 30, the organization recognized its latest crop of recipients at a reception at Cambrian Ridge.

“We try to help as many students as we can each year based on the amount of money we have and the students’ needs,” said Carey Thompson. “These students have worked hard and they deserve to be recognized.” 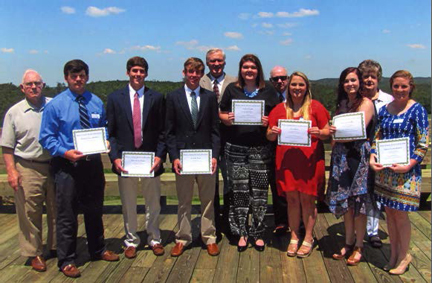 Thompson said that in the last 15 years, the BCFF has presented 82 students with scholarships.