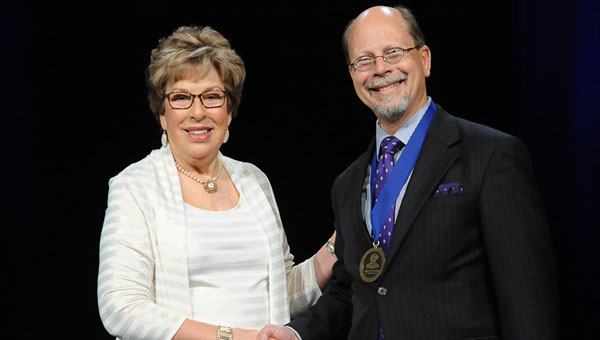 Riedel received the 2015 Shirley B. Gordon Award of Distinction at NerdNation, PTK’s 97th annual convention during mid-April in recognition of his outstanding efforts promoting the goals of PTK.

“This award means a lot to me and is especially meaningful because I was nominated by my students,” said Riedel. “Phi Theta Kappa has done a lot for our students by developing academics, leadership, and service. I encourage all who qualify to join and be active in their chapter.”

The award is presented annually on a national level to college presidents and campus CEOs and is named for the late Dr. Shirley B. Gordon, PTK’s longest-serving board of directors chair and named PTK’s Most Distinguished College President in 1984.