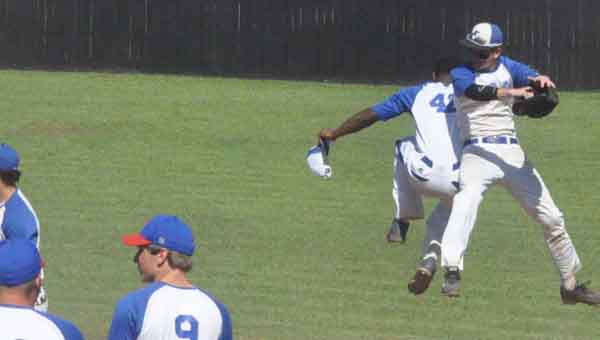 JACKSON  –  The Cougars beat Jackson Academy, advancing to Tuesday’s championship series at Paterson Field in Montgomery. The team will go up against Lowndes Academy.

It took three games to put Jackson Academy to bed. CCA started the task Wednesday with a doubleheader.

The Cougars took the first game 9-2 and were well on their way in Game 2. At the top of the seventh inning, CCA had the lead, 4-1.

Jackson Academy tied the game at bat and CCA could not manage to add any points at the bottom of the seventh.

The tight strike zone put a lot of Jackson Academy players on base in the last few innings.

The Cougars saw an opportunity to come back in the eighth inning.

“At the bottom of the eighth, we had the bases loaded and were at the middle of our lineup,” Folmar said. “But, we got a pop-up, a strikeout and another pop-up to end the game. We just didn’t finish.”

The teams returned to the field for a tiebreaker Thursday afternoon. The Cougars showed they meant business.

“It was a complete team effort,” Folmar said. “Best of all, Collin Holloway pitched a no-hitter.”