A message from Jerusalem 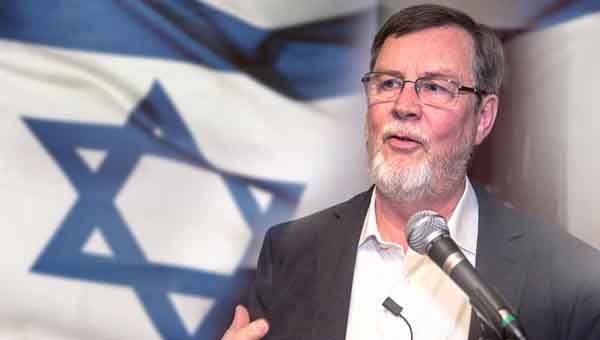 Author Lars Enarson will speak at South Luverne Baptist on May 13.

Enarson to visit South Luverne Baptist Church in May

South Luverne Baptist Church invites the public to hear a speaker from Israel on Wednesday, May 13, at 6:30 p.m.

Lars and Harriet Enarson have been friends of Curtis and Nancy Petrey of Petrey, Ala., since they first moved to Columbus, Miss. in 1993.

It was in 1997 that the Enarsons moved to Israel and expanded their ministry.

Lars Enarson, a native of Sweden, is the founder and president of The Watchman International, Inc., a ministry dedicated to “Prepare the Way for the Lord.”

A major part of its ministry is The Elijah Prayer Army, a worldwide network of prayer for Israel and the Middle East.

Lars Enarson resides with his wife Harriet in Israel, where he produces a weekly television show called, “On the Walls of Jerusalem,” which aired over several TV satellite networks around the world in both English and Swedish.

He also has a weekly Video Prayer Alert, with prophetic insights, reports and specific prayer points on the present situation in the Middle East.

He is the author of several books. His latest book, Jerusalem – The Joy of the Whole Earth, will be released during 2015.

Lars Enarson has been in full time ministry for 44 years. He is an author and Bible teacher and his ministry has a prophetic voice from the Lord’s heart.

The passion of his heart is to see a restoration in our day of the original apostolic gospel from Jerusalem.

Also, you can find some of his teaching clips at https://vimeo.com/album/94759.

A man was taken to Baptist South Hospital after being involved in a single-vehicle wreck Thursday night. The incident happened... read more