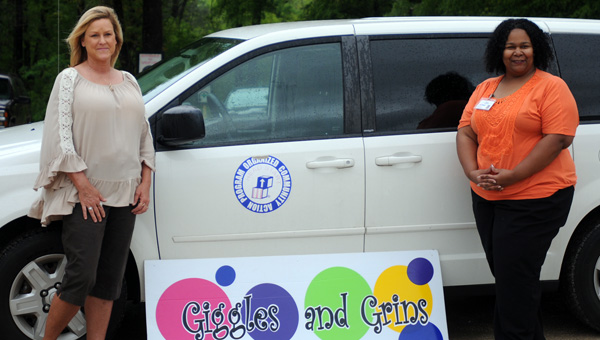 The Alabama Department of Human Resources announced on Monday that it has formed a partnership with Giggles and Grins Day Care in Greenville to provide childcare and early education to area children.

The partnership was made possible by an Early Head Start – Child Care Partnership (EHSCCP) grant from the U.S. Department of Health and Human Services.

The grant, totaling $41 million over the five-year period, will be used to serve 566 children statewide using the EHSCCP model. The model includes establishing partnerships between Head Start programs and licensed childcare centers and a statewide Family Child Care Hub.

Alabama was one of six states selected to receive the grant.

“We’re excited to have Butler County join in this partnership with us,” said Harriet McFarland, Head Start director for Organized Community Action Program. “We saw a need in the area, and we’re starting small, but we may be able to expand. This is going to be a great partnership.”

According to Kim Rogers, co-owner of Giggles and Grins, the facility will initially serve eight children, birth to three years old, through the partnership.

The DHR EHSCCP program will serve eligible children already receiving childcare subsidies. Teen mothers and families challenged by child abuse and neglect issues and homelessness will receive priority for participation. The statewide effort will include urban and rural counties where there are a high number of children experiencing poverty.

“We plan to use this grant to help children get the early learning they need so they are prepared to enter the public education system,” said DHR Commissioner Nancy Buckner. “Children that enter school with the proper tools have a much higher success rate than those who have received little or no preparation.”