Georgia teen killed in crash on I65 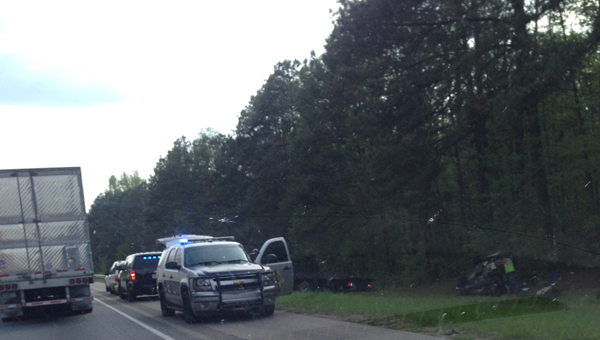 A two-vehicle crash Wednesday on Interstate 65 claimed the life of a Rex, Ga., teen and injured three others. (Photo Courtesy of Ed Williams)

A Georgia teenager was killed in a crash on Interstate 65 Wednesday.

Morgan L. Robinson, 14, of Rex, Ga., was killed when the 2014 Acura RDX she was a passenger in collided with a 2006 Dodge Caravan and overturned multiple times before coming to rest near the wood line on Interstate 65, three miles north of Georgiana. The crash occurred at 1:30 p.m.

Morgan Robinson was pronounced dead at the scene by Butler County Coroner Wayne Garlock, according to Alabama State Troopers.

The driver of the Acura, 43-year-old Alton Robinson of Rex, Ga., and two other passengers were transported to a local hospital for treatment of their injuries.

John Triplett of Repton, Ala., the driver of the Dodge Caravan, was not injured.

The crash remains under investigation by the Alabama State Troopers.

Troopers ramp up to stop texting while driving

Alabama State Troopers will be cracking down on motorist who text while driving as part of a national campaign, U... read more