Troopers ramp up to stop texting while driving 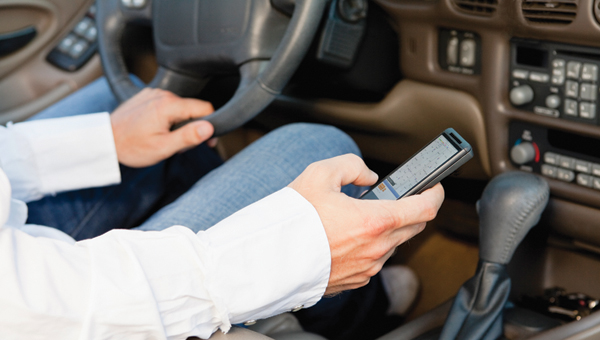 Drivers who are thinking of reaching for their cellphones and firing off a quick text should think twice.

The campaign will blend intense enforcement of anti-texting laws with advertising and media outreach to notify motorists of the initiative and convince them to obey the law, according to officials with the Alabama Law Enforcement Agency.

“Not only is driving and texting irresponsible, but it is illegal,” said Col. John E. Richardson, director of the Alabama Department of Public Safety, a division of the Alabama Law Enforcement Agency. “People who break Alabama’s texting law will be stopped and fined. It’s simple: If you drive and text, you will pay.”

According to date collected by the University of Alabama Advanced Center of Public Safety, more than 130,000 accidents were reported in Alabama last year, and 1,444 of those were caused by a driver using an electronic communication device.

Alabama’s ban on texting while driving went into effect in August of 2012.

The law prohibits using a wireless device to write, send, or read a text message, instant message or e-mail while operating a motor vehicle.

The fine for violating the law is $25 for a first-time offense, $50 for a second offense and $75 for a third or subsequent offense. Also, for each offense, a two-point violation would be placed on the offender’s driving record.

According to data provided by the National Highway Traffic Safety Administration, texting while driving creates a crash risk that is 23 times greater than when a driver is not distracted. Also, sending or receiving a text message takes a driver’s eyes from the road for an average of 4.6 seconds. For a driver going 55 miles-per-hour, that’s the equivalent of driving the entire length of a football field.

“Some people may say texting while driving is an epidemic. Well, we believe enforcing our state’s texting law is part of the cure,” Richardson said.

U Drive. U Text. U Pay. received approximately $8.4 million in grant funding from the Department of Transportation.

Officials take part in Day of Recognition for National Service