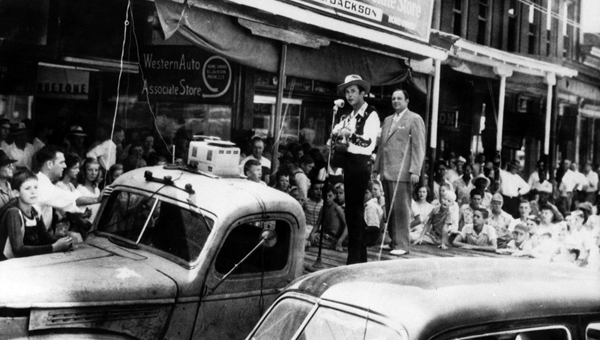 The Hank Williams International Fan Club was started in October of 1992 to pay tribute to Butler County native and country music legend Hank Williams, Sr. The club is holding a fundraiser Friday and Saturday at the clubhouse in Georgiana. The event is scheduled to kick off at 3 p.m. on Friday and 10 a.m. on Saturday. (File Photo)

The Hank Williams International Fan Club will hold a fundraiser Friday and Saturday at the club’s house in Georgiana.

According to John Wise, the club secretary, the money raised will be used to help cover the cost of the clubhouse, which is located across the street from Williams’ boyhood home, and producing merchandise to be sold at the annual Hank Williams Festival.

“It’s all about making a little money so the club can function,” he said.

The Hank Williams International Fan Club is a non-profit corporation dedicated to memory of the late Hank Williams Sr., who is a native of Butler County. The club was started in October of 1992.

Wise said organizers are also hoping the event will help bring new fans into the club.

“We trying to get some younger people interested in the club,” he said. “Hank has been dead for 68 years, but he’s still very popular today. He’s no longer alive, but his music and his talent are.”

This weekend’s event will feature plenty of live music.

The event organizers are encouraging those who attend to bring their musical instruments and pick and grin on the clubhouse’s stage.

“Anyone with any musical talent is invited to participate,” Wise said. “We may have full bands playing or some folks may perform by themselves. Anyone who wants to perform, we’ll get them on the stage. If we have enough people, we may just break off in groups and play music. We have plenty of space there at the clubhouse.”

RV and camper rental spots at the Fan Club, located at 148 Rose St. in Georgiana, are available for $30 per night.

A candlelight vigil was held Sunday night on Oglesby Street in memory of Jerome Watkins. Watkins was shot and killed... read more