Highland Home native surprises boyfriend on Dancing with the Stars 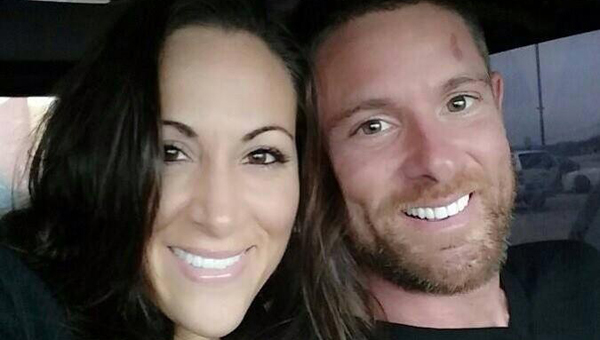 Highland Home native Jamie Boyd appeared on this week’s episode of Dancing with the Stars where she surprised her boyfriend, Noah Galloway, a contestant on the show. (Courtesy Photo)

Since returning from six months of training for the Army Reserves, Highland Home native Jamie Boyd says she feels like Rip Van Winkle.

“I’ve been out of the game for six months and then I return and he (boyfriend Noah Galloway) tells me he is going to do Dancing with the Stars,” she said.

Just as Galloway encouraged her to follow her dream of joining the military, Boyd is encouraging him – on live television. She surprised Galloway on air last Monday.

“It was just surreal,” she said of the DWTS experience.

Boyd graduated from Troy University with a communication degree in 2009. She met Galloway four years later while working at a radio station.

“He was actually a guest for my boss I had the show from seven to midnight,” she said. “My boss said, ‘You’ve got to meet him.’”

Boyd’s interest in the Army and fitness spurned a conversation that turned into lunch, plans to do an obstacle course challenge, a two-year friendship and  finally a budding romance.

“He’s my best friend,” she said. “We talk about everything. I give him honesty; he gives me honesty back.”

Boyd completed basic training and advanced individual training last Thursday. She knew exactly what to expect because of Galloway.

“He told me, ‘It’s too easy. You’ll love it.’ Physically it was doable. But mentally, taking my cell phone away from me,” she said. “I was like, whoa!”

For the first month, Boyd was allowed one phone call a week. The rest of her communication was via letters.

Galloway is a retired Army sergeant who lost his left leg and arm to an IED explosion in Iraq 10 years ago. Since the injury, the Birmingham native has become a motivational speaker, model, personal trainer and writer. He can now add dancer to the list.

“He was really excited about it and I fully support him,” Boyd said. “He’s got such a light to shine for the world. We’ll be in the car and he’ll break it down. I tell him, ‘Well, you’ve definitely got rhythm! Go for it. Fly, butterfly, fly.’”

Dancing with the Stars airs Mondays on ABC. For more information, go to abc.go.com.