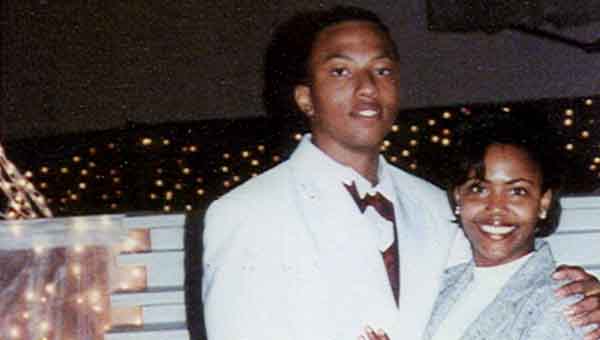 There is a $15,000 reward for information leading to the arrest of DeLange’s killer. Anyone with information is asked to contact the Crenshaw County Sheriff’s Office at 334-335-6568.

Sister holds on to good times

When Apredee Harris was 10 years old, she used to sleep on the floor next to her newborn brother, DeLange’s crib. She was the one who named him and could not wait until he was born. Once he was, she didn’t want him out of her sight.

“He was the fulfillment of a dream,” she said.

Today, Apredee would give anything to have him back in her sight again.

On May 3, 2011, her brother was found lying dead in a ditch on Athens Church Road near Glenwood, he had been shot, the victim of an apparent homicide.

Law enforcement told Apredee and her parents they suspected DeLange had been shot. Because he had no identification on him, the family was asked to come identify him. It wasn’t until the sheriff’s car turned away from the Crenshaw Community Hospital, that Apredee and her mother realized DeLange had not survived.

Apredee’s mother, Dora, helped her stay calm on the seemingly endless ride to the scene.

“She had to tell me, ‘Whatever the case, this is God’s will,’” Apredee said.

In the years since DeLange’s death, Apredee has held on to those words. She says her faith has never wavered. She knew God was always with her.

Apredee was critical of herself. She found it hard to let go of the anger she felt towards those responsible for taking her brother’s life.

Nearly four years later, it is still hard to accept that her brother’s killer has not been brought to justice.

Despite the differences in age, DeLange and Apredee were very close.

“We had a great childhood,” she said.

When they were both at Brantley School, Apredee would visit her brother’s class and check up on him.

Already in high school, she took him with her to visit friends. The 6-year-old was right at home. Apredee said he always had the ability to relate to people. He was comfortable in any crowd.

“There’s a big hole in our hearts,” she said.

But, she can still feel his hand on her shoulder sometimes. She can remember his laugh and the tall tales he loved to tell.

She remembers the sweet potato casserole and pecan pie he would make every Thanksgiving. It took them two years to celebrate a holiday again.

When Apredee got married last year, she found it hard to accept that her brother would not be there. She had always planned to have him walk her down the aisle.

Once, when she was driving with DeLange as the passenger, Apredee’s power steering locked on her. She got upset and it was her brother’s words that settled her.

“He said, ‘Don’t panic, Scooter, calm down,’” she recalled. “Today, if anything happens while I’m driving, I hear those words, look at the passenger seat and think about my brother.”

“I honestly feel that all the time he was on the face of this earth were precious times,” Apredee said. “You have thy gold, thy bounty and you’re grateful for it. And when it’s gone, you’re at a loss, but you thank God that you had it.”

Willie J Scott was charged with murder early Friday in the stabbing death of his girlfriend. Scott, 70, of 268... read more