Chloe Langston, of Honoraville, has been named a 2015 All-Alabama Academic Team member with the Alabama Community College System.

Ty Hammett of Andalusia was also named to the team.

“These students represent the highest achievers of our college,” said Dr. Herb Riedel, LBWCC president. “We are extremely proud of what they have accomplished both in and out of the classroom and this is well-deserved recognition for them both.”

All-Alabama Academic Team students are nominated by their respective colleges and must possess a minimum grade point average of 3.25, be involved in campus activities, and have completed a minimum of 12 semester hours at the institution. 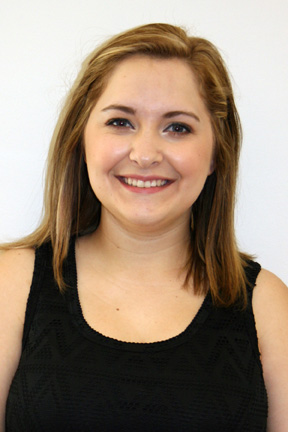 Chloe Langston has been named as 2015 All-Alabama Academic Team member with the Alabama Community College System.

Langston, daughter of Dawn and Kevin Hartsill of Thomasville and Mickey Langston of Greenville, will complete requirements for an Associate of Science degree in May. She plans to transfer to Auburn University in Montgomery to pursue a bachelor’s degree in secondary education.

“My goal is to teach English and theater at a high school level,” she said. “I had a couple of high school teachers that really inspired me. My English teacher always came to class in different costumes according to the book we were reading.”

Theater was also important to her, and being involved in theater productions kept some at-risk students involved in school rather than dropping out, she said.

“I saw how theater changed lives, how it inspired people to stay in school and I want to be able to do that,” she said.

Being named to the All-Alabama Academic Team is humbling, she said.

“I didn’t expect this and can’t wait to see what happens next. I am super excited.”

While attending LBWCC in Greenville, Langston served as an Ambassador and member of the Beta Pi Nu Chapter of Phi Theta Kappa.

Students from the 25 colleges within the Alabama Community College System will be recognized in April at a luncheon in Montgomery.

LBW Community College officials are urging those who have never attended college to take note of an opportunity no one... read more