Boan, Causey to wed in May 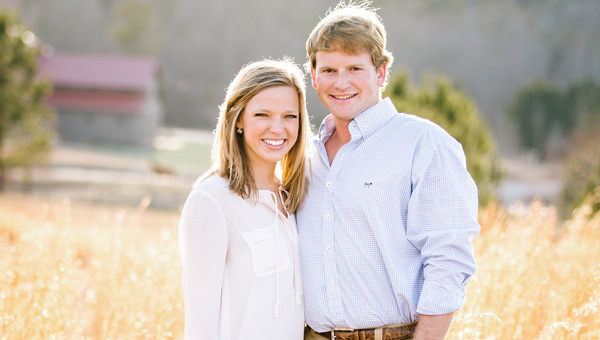 Miss Boan is the granddaughter of Mr. and Mrs. Winfred Eugene Boan, of Greenville, Ala. and the late Mr. and Mrs. Jack Ronald Bates of Monroeville, Ala.

Mr. Causey is the grandson of Howard Smith Powell, III of Hayneville, Ala., Mr. and Mrs. George Abdalla Sawaya, Sr. of Hoover, Ala., and Mr. and Mrs. William Riley Causey, Jr. of Deatsville, Ala.

A May wedding on Lake Martin has been planned.

Mr. Causey is a graduate of Auburn University’s McWhorter School of Building Science and a member of the Beta Theta chapter of Sigma Nu Fraternity. He is presently employed as project manager for Camellia Communications.