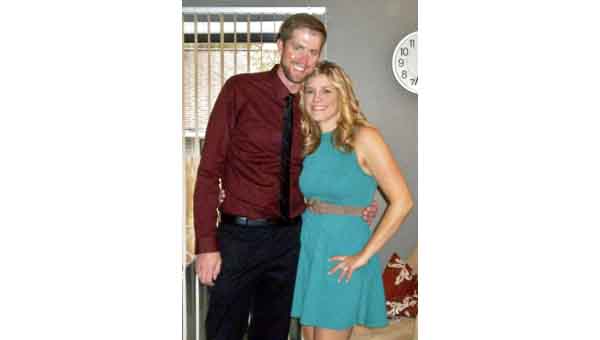 Jamie Stiffler and Daryl Crowe will wed in April.

Kevin and Denise Stiffler, of Pittsburgh, Penn., announce the engagement and upcoming marriage of their daughter, Jamie Raye Stiffler, to Daryl Lee Crowe.

Jamie is the granddaughter of the late Lear and Rita Herrold, of Lebanon, Penn., and Lillian Faye Stiffler and the late James Stiffler, of Latrobe, Penn.

Jamie is a 2003 graduate of Upper St. Clair High School in Pittsburgh and a 2007 graduate of Point Park University, with a bachelor’s degree in radio broadcasting and a minor in history. She resides in Santa Rosa Beach, Fla., where she is a teacher at The Roane School in Destin, Fla.

Daryl is the son of Clarence and Betty Crowe of Glenwood and the grandson of the late James M. and Mary Alice Crowe, of Brantley, and Ann Lois Norris and the late Forrest D. Norris, of Luverne.

Daryl is a 2001 graduate of Brantley High School and a 2005 graduate of MacArthur State Technical College. He resides in Niceville, Fla., where he is employed at Eglin Air Force Base.

The wedding will take place April 25, 2015, at Glenwood Baptist Church in Glenwood. The couple will reside in Niceville.

Covington Electric Cooperative members are encouraged to attend the 2015 Annual Membership Meeting to be held Thursday, April 9, at... read more