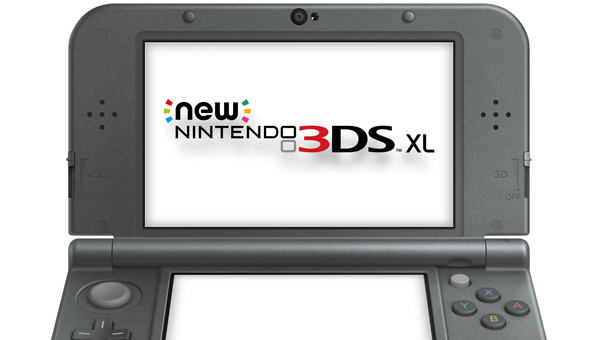 The “New” Nintendo 3DS XL might not look like much of a departure from previous interations, but it’s packing enough horsepower under the hood to warrant a look. A pair of extra triggers, a second analog nub and a faster processor makes this version the Nintendo handheld to own. | Photo credit, Nintendo

Nintendo has dominated the handheld gaming market for more than a quarter of a century ever since that loveable 30-pound gray brick known as the Game Boy debuted back in 1989.

The company’s gaming devices are a bit easier on the eyes these days, and none more so than the fourth iteration of the Nintendo 3DS in as many years.

It’s simply (and confusingly) called the “New” 3DS XL, though it’s much more than its simple name implies.

There’s a reason that Nintendo alone has remained at the top of the handheld market for so long.

The 3DS belongs in any gamer’s collection, as there are a metric ton of great games for the system in both the 3DS library as well as older, backwards-compatible DS games from yesteryear.

The latest model includes a slate of hardware improvements that make it the definitive model to own.

The vastly improved stereoscopic 3D and new head-tracking technology means that it’s actually worth the extra battery drain to use the function.

The New 3DS XL also includes an all-new analog nub situated just above the A, B, X and Y face buttons that emulates a second circle pad.

Though it’s more similar to feel and function to the little red nub found on ThinkPad keyboards than a proper second analog stick, it’s a welcome addition.

In addition to those significant changes, the New 3DS XL sports an extra pair of shoulder buttons, dubbed ZL and ZR, though there aren’t any games that utilize the triggers to great effect just yet.

Alongside some welcome additions comes a baffling subtraction, however—it doesn’t include a power cable to charge the device.

The logic follows that many people purchasing a New 3DS XL will already have an old charger for their old 3DS, which work just fine with the new model, but new buyers will have to shell out $10 extra for an extra cable.

Despite the weird omission, it is still a no-brainer recommendation to anyone who hasn’t plunked down the money for one in the past four years.

Should I get it?

The harder question to answer is whether it’s worth an upgrade for those who already own a previous version of the 3DS.

For years, Nintendo has been developing newer, sleeker versions of its handheld systems.

Even that original 30-pound gray brick was eventually slimmed down into the popular Game Boy Pocket and, eventually, the Game Boy Color.

The 3DS itself already has three other iterations in the regular 3DS, the larger, more comfy 3DS XL and the kid-friendly 2DS, so there’s a good chance that those interested in portable gaming already own one.

The short answer is that it’s impossible to tell right now.

One of the biggest improvements to the New 3DS XL involves the extra horsepower inside.

Thanks to a faster processor, the New 3DS XL will eventually house games that older iterations of the 3DS can’t run.

“Xenoblade Chronicles 3D,” a port of the beloved Wii role-playing game, is the first of such games to be released for the system, though it’s not slated to release until April.

The faster processor does include added benefits for older games in the form of speedier load times, but that fact alone probably doesn’t warrant shelling out $200 for the new system.

Nintendo did something similar with the DSi, the third iteration of the previous dual-screen handheld, where new hardware meant that there were games only playable on that device.  However, only four of them were ever released, and not one of them worth writing home about.

It’s hard to say whether the same thing will happen with the New 3DS XL, though the one announced game, “Xenoblade Chronicles 3D,” is a promising start.

There’s no denying that the New 3DS XL is the best iteration of the handheld, and it’s absolutely worth the $200 for those in search of gaming on the go.

However, for everyone else who already owns one, it’s probably best to give it a few months to justify the relatively hefty price tag.

Welcome to WordPress. This is your first post. Edit or delete it, then start blogging! read more