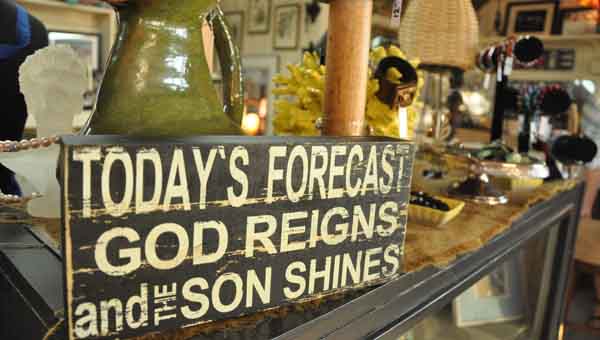 When Kathy Smyth, Allyson Carroll and Pam Speed decided to open a business together, they gave themselves a deadline.

If their shop, ReImagined, had not earned them a dime in six months or they were sick of being business owners, they would call it quits.

The new entrepreneurs reached their six-month benchmark in January and it looks like ReImagined is here to stay.

“We kind of panicked after that first week,” Smyth said. “We’ve moved past the scary. We may have one small day where we say, ‘Is this it?’ But, the next day makes up for it.”

People still stop by and ask what sort of shop ReImagined is.

She, Speed and Carroll call it a shop full of “unique finds along 331.” Since opening, they sold everything from handmade soap to a table and chairs that once graced the deck of a boat. A yellow chandelier hangs from the awning outside the front door and burlap pillows line a shelf or two.

“I love all the fun finds and working with my fun friends,” she said.

Anything goes at ReImagined. When they thought about naming their shop, they thought of the items they would re-purpose and sell. “ReImagined” now applies to so much more.

Smyth, Speed and Carroll quickly learned their business filled a niche. They had a lot of small groups shopping with them. Mothers met up with daughters, and friends met up from neighboring counties to shop and lunch together.

They hope to capitalize on the trend by teaming with other businesses and marketing the area as a destination for shopping with the girls.

Smyth already has a nickname for her stretch of Forrest Avenue: SOLA, which stands for “South of Luverne, Alabama.”

Carroll, Speed and Smyth plan to offer a few classes for their destination shoppers and local supporters. They have teamed up with experts on upholstery and chalk painting and will offer each in the future.

Choosing a location for the venture was simple enough.

“This is my father-in-law’s station and it’s been in the family since 1963,” Smyth said.

The trio wanted to keep their expenses low and improve the property, which was not in use. Smyth’s father-in-law agreed to let them use the property rent-free.

“He might’ve reconsidered that when he saw us put curtains on the awning,” laughed Smyth.

They have had a lot of help turning the space in to the retail shop they imagined, especially from Jack-of-all-trades Clarence Searight.

“We’re so tiny that we really can’t take a lot of consignment pieces, but we do like to highlight those who have a talent or a craft they would like to bring to the public,” said Smyth.

She and her partners use local painters, upholsterers and seamstresses to breathe new life into their finds. They also sell products made by local artists and craftsmen.

“And seeing people as excited as we are about them,” Smyth said. “The challenge has been to let them take it home.”

The trio are still keeping their “real” jobs, which means ReImagined’s hours are limited to Fridays and Saturdays, from 9 a.m.to 6 p.m.

“Or anytime you see our cars outside,” laughed Smyth. 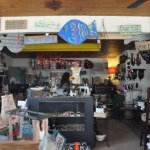 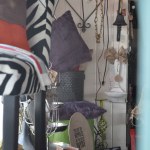 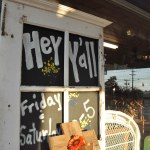 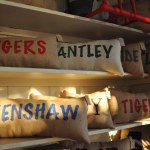 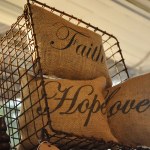 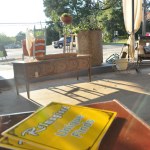 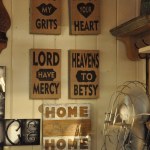 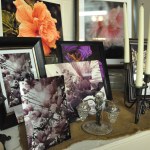 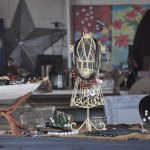 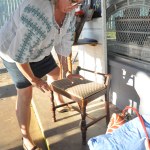 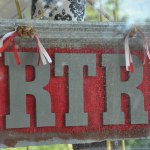 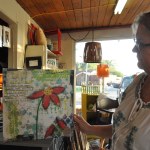 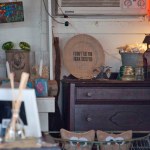