By halftime, the team was up 34-21. The Cougars allowed only Southern to score four points in the third quarter. They started the final quarter up 43-25.

“We started playing great defense,” Hii said. “They did what we’d told them to do all week.”

Crenshaw Christian’s season has been full of ups and downs, but Hii said the Cougars managed to peak at the right times.

“It couldn’t have happened any better,” he said.

The Lady Cougars ended the season with Tuesday’s 70-30 loss to Patrician.

Hii said the team came out really flat in the first half, while Patrician went on a run.

“We dug ourselves too big of a hole and we couldn’t recover,” he said. “But, I was really proud of the girls this year. We won seven more games than we did last year.

“Not only that, they made it to the Elite 8, they’re one of the best eight teams in the state in their classification. I’m definitely proud of those girls,” added Hii.

The boys will take on Ashford Academy next Wednesday at Montgomery Multiplex Center at 10:30 a.m.

Hii has a week of preparation planned. The team took yesterday off and will be formulating their game plan today and tomorrow. On Saturday and Sunday, they will put in a lot of shots and watch film Monday and Tuesday.

The Cougars lost to Ashford 68-66 in the region tournament.

“They have a kid, number 14, who is 6-foot-6 and skilled,” Hii said. “It’s tough to guard someone three or four inches taller than you, especially when they are skilled.”

Hii said the team will also have to avoid falling behind in the first half.

“We got down early and that absolutely killed us,” he said of the region tournament. “If we can avoid getting down early, I think we will be alright.” 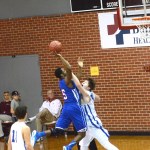 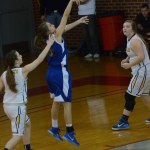 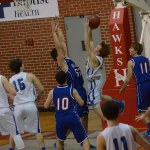 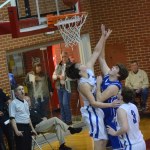 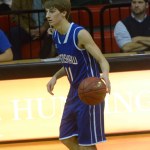 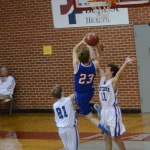