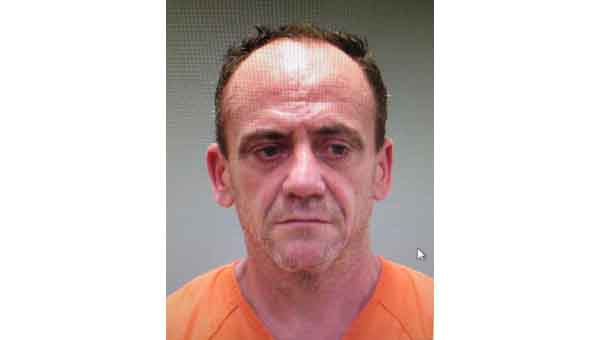 Escaped Crenshaw County Jail inmate Paul Holley is back in custody after several weeks of tips and searches.

Tallassee Police, with the help of the U.S. Marshals Fugitive Task Force and Elmore County Sheriff’s Department, captured Holley in a wooded area in Tallassee.

Holley escaped from jail using a piece of cardboard he had stuck in the door jam to keep the lock from catching after inmates came in from the recreation yard.

Once all were asleep, Holley climbed the fence, crossed the roof and then scaled down the perimeter fence to make his escape. Holley, who has one prosthetic leg, stole a truck from a business across from the jail and fled Crenshaw County.

Before his arrest, Holley was living in the Tallassee area. Tallassee Police Chief Jimmy Rodgers said Holley was known by many as a survivalist who was capable of spending weeks outside civilization.

“For several weeks since he escaped the Crenshaw County Jail, we had received tips that he was in the woods,” Rodgers said. “We actively started yesterday morning, hot and heavy on his trail.”

Tallassee PD called on the Department of Corrections tracking team, who managed to track Holley to a riverbank.

“We searched all night,” Rodgers said. “Then we received a tip this morning from a citizen familiar with Holley who said he was in a wooded area behind his house.”

By 1:30 p.m., Holley was in custody, but not before assaulting a task force agent and adding assault, escape, burglary and resisting arrest to his existing charges.

“He actually tried to assault the agent by biting him,” Rodgers said.

Rodgers was relieved to finally have Holley back in custody.

“It’s just been one of those frustrating things the last two or three weeks,” he said.