West ends tenure as sheriff, says there is more to be done 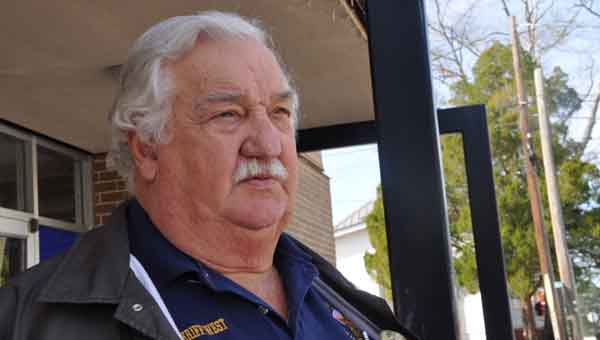 Charles West’s retirement is the end of more than 50 years of his service.

West started serving his country by joining the Marines. From Oct. 1966 to 1968, he fought in the Vietnam War. As part of the Tet Offensive and the Battle of Hue, West earned a Bronze Star. Nearly 150 Marines lost their lives in the battle.

West went to work with the ABC Board in 1971. He worked with the enforcement division. He said a lot of his work dealt with shutting down liquor stills.

West went to work with ABI Narcotics, where he retired in 1994. Retirement brought him back home to Crenshaw County, but it was short-lived. West ran for sheriff in 1998. He started his first term in 1999.

“I was the only sheriff ever elected four terms and the first to sheriff to complete three terms,” he said.

During his tenure, West worked hard to bring the department’s equipment and training up to par with other counties in the state. He said his efforts have paid off.

West started sending deputies to training programs throughout the state.

First on his list of equipment upgrades were firearms.

“Some of the deputies were carrying different caliber side arms,” West said. “I got everybody on the same page.”

West got body cameras for deputies and the cameras greatly reduced the number of complaints the department receives.

Thanks to new radar guns and an increase of traffic patrols, West said Crenshaw County saw a big reduction in traffic accidents and fatalities during his tenure.

West also tackled the department’s filing system. For nine years, his wife, Paulette, worked for him for free. She even came in weekends to help around the office. West eventually gave his wife a break. He hired a second clerk, the department desperately needed.

He introduced a computer program to organize the department’s records and added a computer system to each patrol car.

He also started the county’s first work release program and is very proud of its success.

“We had people at the jail doing nothing and I thought I could put them to work where they’d be productive and when they got out of jail, they would have spending money,” West said.

Through the program, inmates earn income that can be used for court costs, restitution, fines and child support. Many leave jail with a small nest egg and can continue working where they were placed.

West said he enjoyed serving the people of Crenshaw County and getting to know those he served. He is also happy that he was able to accomplish something as sheriff.

“There’s more that can be done,” West said. “And I feel like a new sheriff, a younger man, will come up with some new ideas and make some improvements, I really do.”

No injuries in Monday house fire