A path to intimacy: CCA grad pens book on spirituality 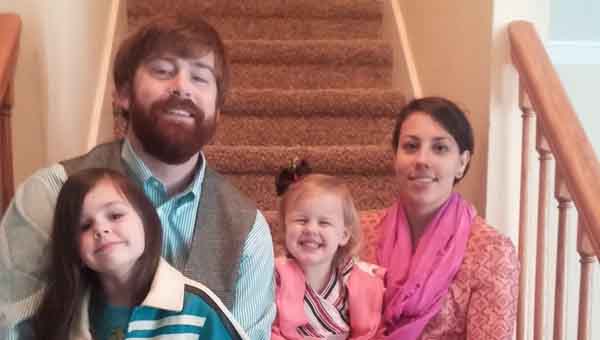 CONTRIBUTED PHOTO
Woody Money, pictured with his wife, Jessica, and daughters Madelyn, 5, and Ava, 2, writes about the balance he has found with family and his ministry since building an intimate relationship with God.

When Woody Money was a student at Crenshaw Christian Academy, one of his teachers predicted he would one day be a minister.

“Jody Bentley encouraged me tremendously,” he said. “I had some things that I couldn’t explain that were spiritual that actually did take place while I was at CCA, and she encouraged me to be a pastor one day.”

A decade later, the 2004 grad is writing about his path to spirituality and a student minister at The Vine Church in Troy.

“Out of the Kitchen and into the Bedroom,” is a two-part book about having intimacy with God. The bedroom is symbolic for intimacy with the Lord, Money said.

“It’s a how-to, a doorway and it does lead you to a lot of inner healing. The book gives you a better view of how God feels about you because I think a lot of people have questions about that,” Money said. “It just reveals the heart of the husband for the bride and promotes a deeper relationship with God.”

Being in an intimate place with God has allowed Money to hear what God wants him to do. As a result of this guidance, he says he has seen countless miracles.

Before gaining this intimacy, Money had trouble balancing his ministry and his marriage. He spread himself thin and left little room for family.

Then, Money realized he could do more for God by focusing his energy on one person at a time rather than knocking on every door he saw. He described an incident where God led him to a home where he found a woman who could not read well. After the woman said she could not accept the Bible, he offered because she could not read it, Money went to a bookstore to purchase an audio Bible. But, the cashier gave him the audio book when she heard why Money wanted it.

When Money returned to the home with the audio book, the woman asked him to pray with her daughter. The daughter accepted Jesus into her life that very day.

“I just can’t tell you how many people God has touched. It’s incredible,” he said.

A dream ultimately led him to writing the book.

Money once became more consumed with working for God than dwelling in intimacy with God, and that is when God gave him a dream. In the dream, Jesus walked right through Money, through the living room and into the bedroom. Money knew he was supposed to follow him. When he woke up, he knew the strong symbolism of the bedroom, and his life was changed.

“It’s not that I’m working to get love, I’m working from love,” Money said. “Being with him became more important than working for him.”

The book describes the difference of being the bride of Christ and having a servant attitude toward Him.

He sat down one day approximately six years ago to write down what he had seen while doing street ministry, and his book began.

“If you don’t know where you’ve come from, you’re likely to go back there,” Money said.

He said that he knows that this book can help anyone who reads it, and that is why he wrote down his own journey.

“I’m not saying I know everything, I’m just saying what I know,” Money.

Money plans to publish the book by this summer. Because the process is an expensive one, he has looked into rolling out electronic editions for Kindle or Amazon, and pre-selling copies.

Although the book has not been officially published, Money is currently working on the sequel, “The Never-ending Honeymoon.”

“I’m okay with whatever the Lord wants,” Money said. He knows that the Lord has called him to do this, so now he is just waiting to see where it will take him next.

Courtney Patterson contributed to this report.

Greg Crouch, president and CEO of Pepsi Bottling of Luverne, presents a check for $5,000 to Travis Colquett, head of... read more